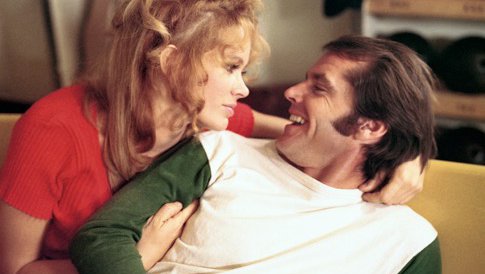 A pairing of classic films exploring America's social history in the 60s and early 70s.

In Five Easy Pieces, Jack Nicholson plays a talented classical musician, living as a casual oil worker until he is recalled to his cultured family, bringing his working-class girlfriend. Bob Rafelson's study of alienation and class relations in 1970s America has been recognised as a classic, with outstanding performances by Nicholson and Karen Black. 1970, 95 minutes, Cert. 15

Five Easy Pieces will be paired with a screening of Scorpio Rising, in which influential underground filmmaker Kenneth Anger evokes the rebellion that Hell's Angels bikers represented against mainstream 60s American culture. Like many of Anger's films, the film does not contain any dialogue, but features a prominent soundtrack consisting of 1960s pop, including songs by Ricky Nelson, The Angels, The Crystals, Bobby Vinton, Elvis Presley, and Ray Charles. 1963, 28 minutes

Further information on the British Museum's forthcoming exhibition can be found here: www.americandreamexhibition.org