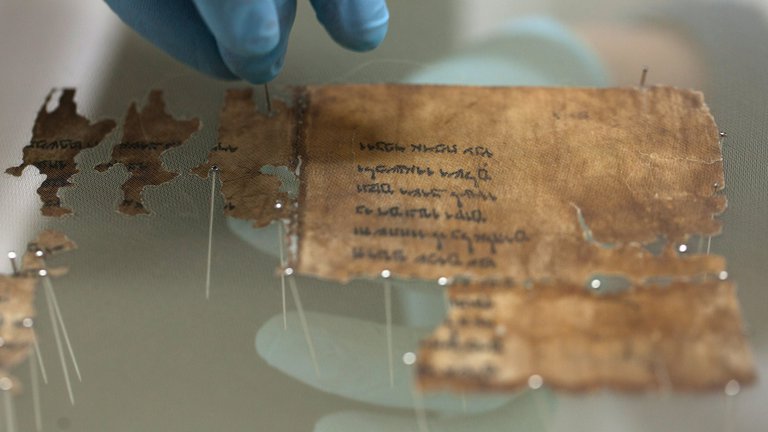 Lecture 1: The Dead Sea Scrolls: the finds and their contexts
Tuesday 5 November, 18:30-19:45
This lecture will begin the overall argument of the series that until recently many studies of the Dead Sea Scrolls have been somewhat distorted because of their almost exclusive focus on the written contents of the Scrolls. There will be fresh consideration of the various sites where the Scrolls were found together with the other finds discovered with them. For the manuscript caves at and near Qumran, their association with the site will be reviewed. The Scrolls will be repositioned as archaeological finds.

Lecture 2: The material culture of the Dead Sea Scrolls
Tuesday 12 November, 18:30-19:45
This lecture will pay attention to the material features of the Dead Sea Scrolls to view them as cultural artefacts. Much study has been devoted to the scribal evidence of the Scrolls, but there are many changes now afoot, partly under the influence of the so-called New or Material Philology. George J. Brooke will offer a survey of the scientific techniques that have been and can be used for material analysis. There will also be analytical description of various recent and current projects that treat the material remains of the Scrolls.

Lecture 3: The Dead Sea Scrolls and their cultural contexts
Tuesday 19 November, 18:30-19:45
This lecture will review some of what can be said about the cultural contexts of those who manufactured, wrote and used the Dead Sea Scrolls. In particular, the longstanding scholarly tendency to marginalise within late Second Temple Judaism the communities linked with the Scrolls from the Qumran caves is challenged by recent comparative analysis, but questions remain about how comparisons should be constructed and used. George J. Brooke will seek to reposition the Scrolls as significantly indicative of the rich varieties of Judaism of the time, not least in the Jerusalem region.

George J. Brooke is Rylands Professor of Biblical Criticism and Exegesis Emeritus at the University of Manchester where he taught Biblical Studies and Early Judaism from 1984 until 2016. He is the author or editor of 30 books and over 200 articles, mostly related to the study of the Dead Sea Scrolls.

As these events are free, not everyone who registers for tickets attends. To make sure we have a full house we allocate more tickets than there are seats. We do our best to get the numbers right, but unfortunately we occasionally have to disappoint people. Admission is on a first come, first served basis, so please arrive in good time for the start of the event.