CBRL Lecture - Olga Tufnell - The life of a Petrie Pup 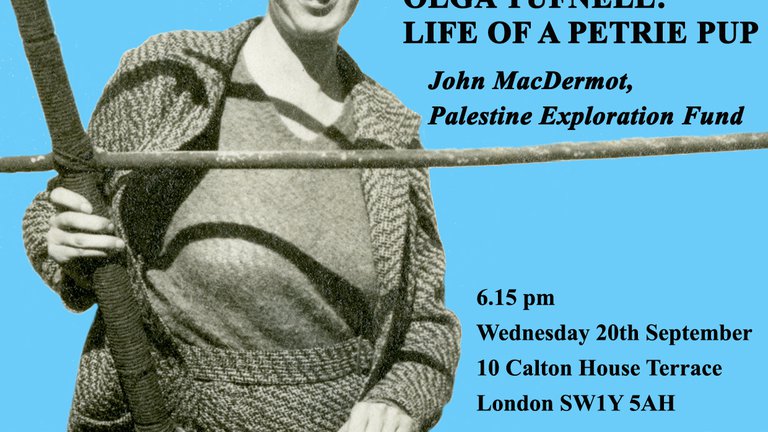 On Wednesday 20th September, the Palestinian Exploration Fund and the Council for British Research in the Levant are hosting a joint lecture at the British Academy, commemorating the life of distinguished British Archaeologist Olga Tufnell (1905-1985). A drinks reception will follow the lecture.

In her youth, Tufnell worked as an assistant to Sir William Flinders Petrie of UCL, and accompanied him on excavations at Tell el-Fara and Tell el-Ajjul in Palestine. Tufnell later worked on the site of Tell ed-Duweir (Biblical Lachish) with James Starkey. In her later life, Tufnell developed a passion for the study of costume, jewellery and amulets, spending the last 25 years of her life studying scarab amulets of Bronze Age Palestine in collaboration with William Ward.

John MacDermot is a retired Professor of Medicine and Therapeutics and former Head of Undergraduate Medicine at Imperial College London. Since retirement, he was worked as a volunteer at the British Museum and the Palestine Exploration Fund. He assists the PEF Curator as an assistant archivist and is a trustee and member of the PEF Committee. He also serves as the Hon. Secretary of the PEF.