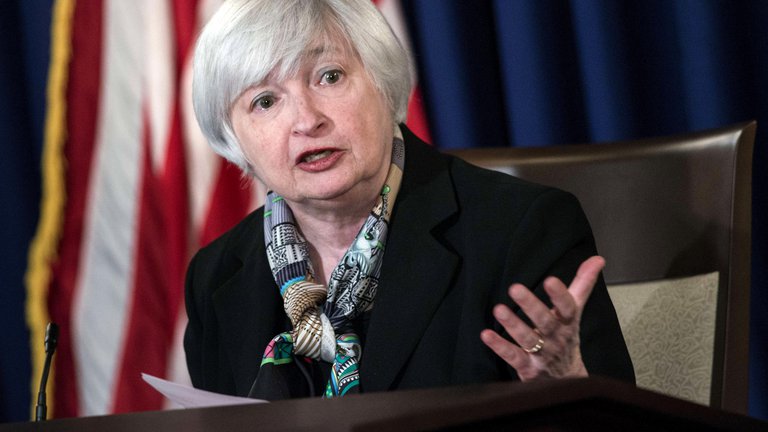 The Honorable Janet L Yellen, Chair of the Board of Governors of the Federal Reserve System
in conversation with Lord (Nicholas) Stern, President of the British Academy

Lord (Nicholas) Stern and Federal Reserve Board Chair Janet Yellen will have a wide-ranging discussion about global economic issues.

About the speaker:
Janet Yellen is an American economist. Sworn in on 3 February 2014, she is Chair of the Board of Governors of the Federal Reserve System – having served as Vice Chair from 2010 to 2014. Previously, she was President and Chief Executive Officer of the Federal Reserve Bank of San Francisco; Chair of the White House Council of Economic Advisers under President Bill Clinton; and business professor at the University of California, Berkeley, Haas School of Business. She was a lecturer at the London School of Economics, 1978-1980. She was elected an Honorary Fellow of the British Academy in 2016.

Lord (Nicholas) Stern of Brentford is IG Patel Professor of Economics and Government, London School of Economics, and has served as President of the British Academy since 2013.

This event is fully booked.


As our public events are free, not everyone who registers for tickets attends. To make sure we have a full house we allocate more tickets than there are seats. We do our best to get the numbers right, but unfortunately we occasionally have to disappoint people. For this event, there will be an overflow room, and you will be allocated a seat here when there are no available, accessible seats in the main event room. Admission is on a first come, first served basis, so please arrive in good time for the start of the event.


If you have any questions about this event please call the Events Team on 020 7969 5200 or email events@britac.ac.uk