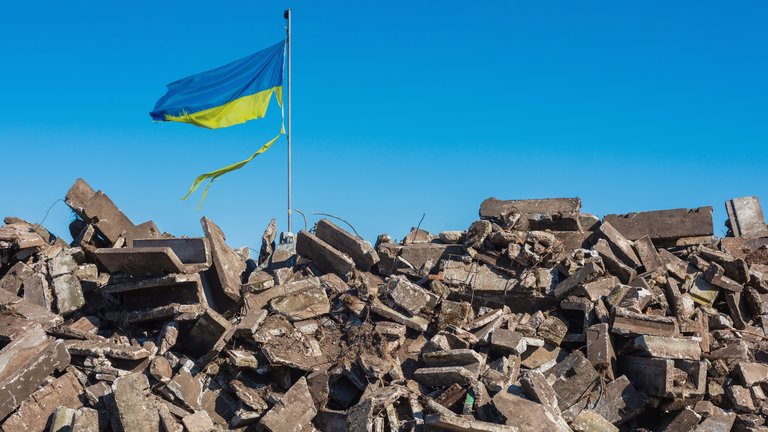 Experts in the fields of history, politics, international law and war studies will discuss the historical origins, determining features, and possible end states of the Russian invasion of Ukraine. This two-day conference will take place online and in-person at the British Academy on 28-29 September.

Watch the recording of this conference on the British Academy's YouTube channel: day one | day two

The political and economic impacts of the Russo-Ukrainian War have been global but the world's responses to them have been far from uniform. While the majority of UN members condemned the Russian invasion on 24 February 2022, more than half of the world's population lived in states that did not.

For Europe, the Russian invasion shattered two illusions. First, it showed that the continent was not as secure from wars of aggression as it had come to imagine. Second, it forced NATO to recognise that it could no longer condone Vladimir Putin’s use of military action in the former territories of the Soviet Union. In response, NATO governments have proved themselves remarkably ready to share intelligence, not least because so much of it is already available from open sources. The flow of information has mobilised their publics in support of Ukraine and energised academic engagement. Another of the war’s novel features has been the flood of evidence relating to war crimes. However, much of the conflict is redolent of the two world wars, with its use of artillery and trenches, close-quarter fighting and maritime blockade. The war is still ongoing, but this conference recognises that the time is right to take stock of its determining features.

Over the course of this two-day programme, listen to leading voices on history, politics, international law and war studies as they explore the origins, dimensions, and possible ends of the Russo-Ukrainian War.

This conference is supported by the Scottish Council on Global Affairs, the Institute for the Study of War and Strategy at the University of St Andrews and The Senator George J. Mitchell Institute for Global Peace, Security and Justice, Queen's University Belfast.

All events are staged in line with the government’s COVID-19 guidelines and our venue’s COVID-19 guidelines. Measures are subject to change in accordance with government guidance; attendees will be notified of any changes prior to their visit. If you have any questions about this event please refer to our public events FAQs or email [email protected]