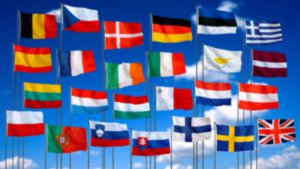 This lecture is concerned with economic and social performance, with particular reference to the role of social policy. It looks both backward and forward. It looks back to 1973, the year when the Anglo-German Foundation was created, and the year that the United Kingdom joined the European Communities. It looks forward to the next decade and the ambitious EU Headline Targets agreed in June 2010 as the EU2020 Agenda. The EU2020 objectives provide not just a guide to future policy but also a yardstick to judge past progress.

The lecture considers how the records of Germany and the UK compare on the different dimensions of economic and social performance over the three-and-a-half decades since 1973 and goes on to examine the prospects of the EU reaching the goals it has set for 2020.

About the speaker
Sir Tony Atkinson FBA is Professor of Economics at the London School of Economics and Fellow of Nuffield College, Oxford. He is author of Unequal Shares, The Economics of Inequality, Lecture on Public Economics (with J E Stiglitz), Poverty and Social Security, Public Economics in Action, Incomes and the Welfare State, Poverty in Europe, The Economic Consequences of Rolling Back the Welfare State, Social Indicators: The EU and Social Inclusion (with B Cantillon, E Marlier and B Nolan), and The Changing Distribution of Earnings in OECD Countries.