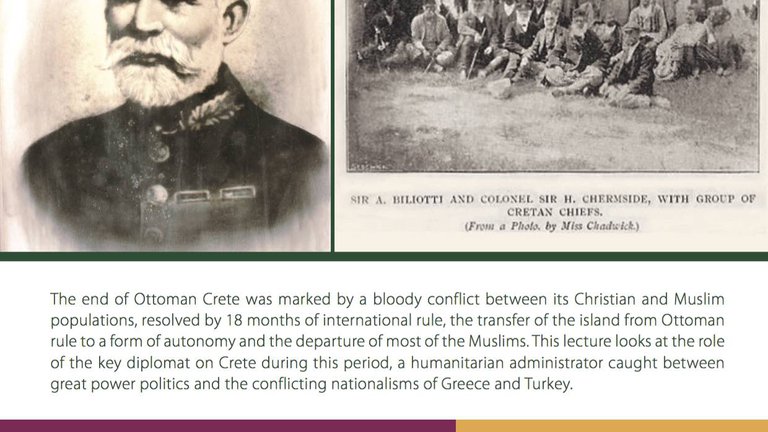 David Barchard has worked as journalist, consultant, and university teacher in Turkey. He has written widely on Turkish relations with Europe in the last two hundred years and is completing a book on important figures in Turkish-Western relations during the 19th century.

The end of Ottoman Crete was marked by a bloody conflict between its Christian and Muslim populations, resolved by 18 months of international rule, the transfer of the island from Ottoman rule to a form of autonomy and the departure of most of the Muslims. This lecture looks at the role of the key diplomat on Crete during this period, a humanitarian administrator caught between great power politics and the conflicting nationalisms of Greece and Turkey.