BIAA Lecture - The Mesopotamia Campaign from both sides of the trenches, 1914 - 1917 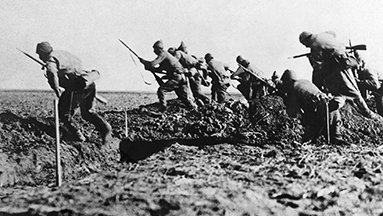 The Ottomans and the Anglo–Indian Army both approached Mesopotamia as hostile terrain. This lecture explores the common experiences of all soldiers who fought on the Mesopotamian front, a campaign which marked the end of Ottoman rule and the beginning of Britain’s moment in the Middle East.

Eugene Rogan, Professor of Modern Middle Eastern History at the University of Oxford, and Director of the Middle East Centre at St Antony’s College. He is author of The Arabs: A History (2009) and The Fall of the Ottomans: The Great War in the Middle East (2015).