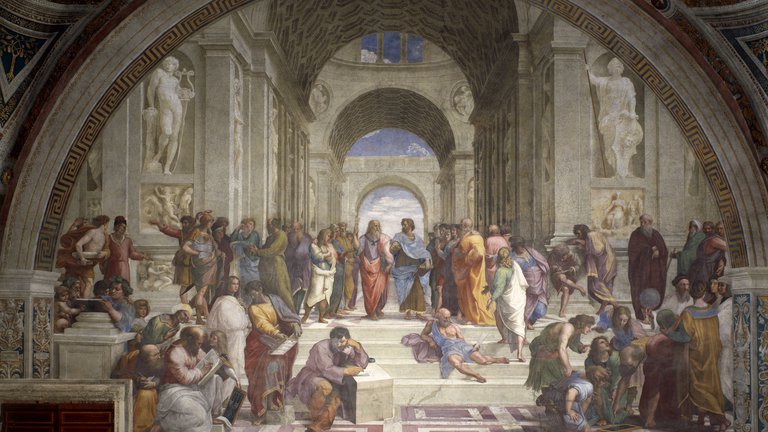 Today, the word ‘metaphysics’ is used more widely, for the branch of philosophy that studies, in a very general way, what there is and how it is. Thus the idea that everything changes counts as metaphysical, even though it rules out the subject matter of Aristotle’s Metaphysics.

Metaphysicians might claim that natural science investigates the world of experience, while metaphysical questions concern aspects of reality that transcend experience. The danger is that any attempt to go beyond our experience ends up meaningless, since we can make no sense of it. Such suspicions of metaphysics have been around since David Hume and Immanuel Kant in the 18th century. But they are not decisive.

Without understanding the metaphysics of numbers, we cannot properly understand the role of mathematics in science

We can define ‘naturalism’ as the view that everything is natural, the kind of thing studied by natural science, like electrons and genes. Naturalism is itself a meaningful metaphysical theory. But it is not the kind of theory that the usual methods of natural science are designed to assess. For example, are numbers natural? Natural science uses mathematics all the time, but it doesn’t study numbers themselves – it just takes them for granted and applies them to measure physical quantities. So are numbers counterexamples to naturalism?

Another view is that there are really no such things as numbers; they are just useful fictions. But explaining how a mere fiction can be as useful as numbers are to natural science has proved a formidably difficult task. Without understanding the metaphysics of numbers, we cannot properly understand the role of mathematics in science.

Metaphysics lurks in unexpected places. When Margaret Thatcher was Prime Minister, she made a notorious metaphysical claim: “There is no such thing as society” (in an interview with Women’s Own magazine, in 1987). On her view, there are the individual citizens, who are related to each other, but they do not constitute some further entity, a society. Of course, the opposite is also a metaphysical claim: that there is such a thing as society. Both claims concern what kinds of thing there are. It is a typical metaphysical dispute, between reductionist and anti-reductionist views. Which side is right? It might seem to make no practical difference, except that one side was used to justify controversial social and political policies.

A more hard-line reductionist than Mrs Thatcher would say “There is no such thing as the individual”’. On that view, there are the particular atoms, which are related to each other, but they do not constitute some further entity, a person – for instance, you. Have you ever wondered what kind of thing you are: a human animal, an immortal soul, a stream of consciousness, nothing? In asking such questions, you are already doing metaphysics.

Timothy Williamson is the Wykeham Professor of Logic at the University of Oxford. He was elected a Fellow of the British Academy in 1997. His book Doing Philosophy: From Common Curiosity to Logical Reasoning was published by Oxford University Press in 2018.