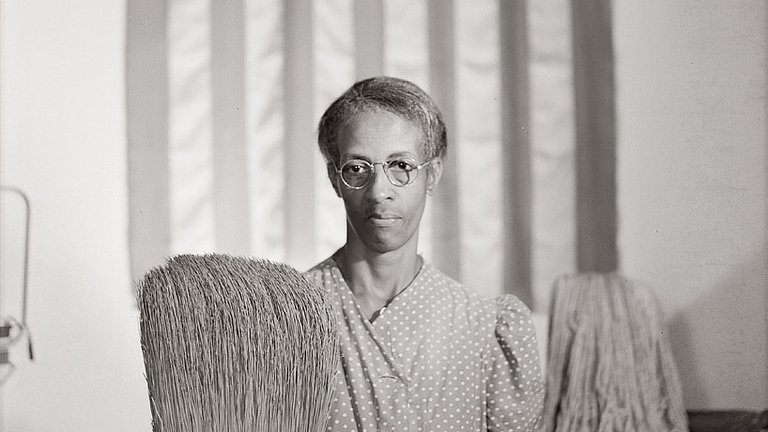 One of the great things which the white world does not know, but I think I do know, is just that Black people are just like everybody else. [….] We are human too.

America has been in the grips of a nightmare seemingly since 2016. In reality, the virulent hatred and fear that helped Trump win that election began long before his rise to the White House – before President Obama and the Birtherist movement; before Amadou Diallo and the Rodney King riots; and before even Jim Crow and the Red Summer of 1919. The hatred and fear began even before the country, for we inherited it from European sociopolitical discourses and fictions, and interwove it into the very fabric of America in our infancy. While 2021 may bring a new president, promising to correct some of the political mayhem of the past four years, the racial ideologies that backed President Trump will linger long beyond him, until we look at the ways we subtly reinforce the ideologies, even as we presume a progressive stance.

The functions of the Gothic "other"

While American metanarrative emphasises the rise of the US during the era of the Enlightenment, its rise also occurred alongside the rise of Gothic literature. As Toni Morrison explains in Playing in the Dark, America’s notion of freedom depended upon having a freedom-less "other" (ie enslaved Black people) against which to define itself. This "other" came to function as an abject figure which was never recognised as a real, complex subject. Instead, its face was buried beneath a mask upon which white America could project all of its detested desires and drives, while whiteness could define itself as virtuous and heroic. At the same time, the Gothic provided quick entry into conversations about racial and ethnic difference, and side-stepped the long, complex history leading to the unstable construction of race and the consequent sociopolitical dynamics. The language of monstrosity at once indicted whiteness for failing to perform its superiority, while maintaining dynamics of abjection within the nation. In other words, though there was some fault in white Americans’ creation of our sympathy for the monster, the monster is still a monster that must be destroyed; whiteness is, at worst, a foolish victim. Consider, for instance, the proud slave that is revealed to be none other than Satan in Zofloya (1806); or even Edgar Allen Poe’s nightmarish depictions of Black rebels in The Narrative of Arthur Gordon Pym of Nantucket (1838).

Trump’s 2016 rhetoric about hordes of marauding Mexicans, and more recently against Vice President-elect Kamala Harris – who he simply called a “monster” – among many other such statements, exemplifies this complex but very old rhetorical maneuver. Indeed, our earliest politicians relied heavily on the rhetorical dynamics and tropes developed within the Gothic. Founding father President Thomas Jefferson once described African Americans as so black that no beauty could exist in their hearts, souls or minds and thus they were incapable of producing beauty. The utterness of the "blackness" Jefferson ascribes to slaves echoes the kinds of darkness depicted in Gothic texts. In this same text, Notes on the State of Virginia (1785), he explains that Black women are so grotesque that only orangutans prefer them – yet as the various iterations of King Kong have shown us, even apes prefer blondes. Is it any wonder, then, that he made his home Monticello into a Gothic labyrinth for his slaves, building subterranean corridors for them to move about the house unseen?

This hypocrisy is giving the US nightmares

Yet the nation’s ideological bedrock demands that it be better and learn to see everyone as equals inherently worthy of freedom. The chasm between the nation’s ideological pretenses and its actual behaviour makes it an endlessly haunted Gothic space. Indeed, the Gothic is marked by the return of the repressed – that history we like to say we’ve overcome. America is bloated with a barely repressed awareness of systemic oppression and explicitly racist assaults which we must deny to maintain our tidy narrative of the US as the defenders of democracy and freedom. Modern horror films’ uneasy depictions of racist assaults in movies such as Candyman (1992) or The Skeleton Key (2005) testify to this as well. Somehow, in such films, traumatised and oppressed racial others like Mama Cecile and Papa Justify keep shifting to become the central figures of horror.

While I have emphasised the depictions of and assaults upon African Americans, I do not mean to say that we are the only targets of this nightmare. Across all is one common truth: the real horrors of our existence are not only unacknowledged but perpetuated by a country overly educated by Gothic narratives. Thus, such fictitious stories of the monstrous "other" feel right even when they are obviously, horrifically wrong.

Dr Maisha Wester (@maishawester) is a British Academy Global Professor at the School of English, University of Sheffield. Her book African American Gothic: Screams from Shadowed Places was published by Palgrave in 2012. She is currently writing a monograph, ‘Voodoo Queens and Zombie Lords: Haiti in American Horror Culture’ (forthcoming, University of Wales Press).

For more on the psychology of abjection, see Julia Kristeva’s Powers of Horror (1984).