Reclaiming Great Zimbabwe’s past to learn lessons for the future 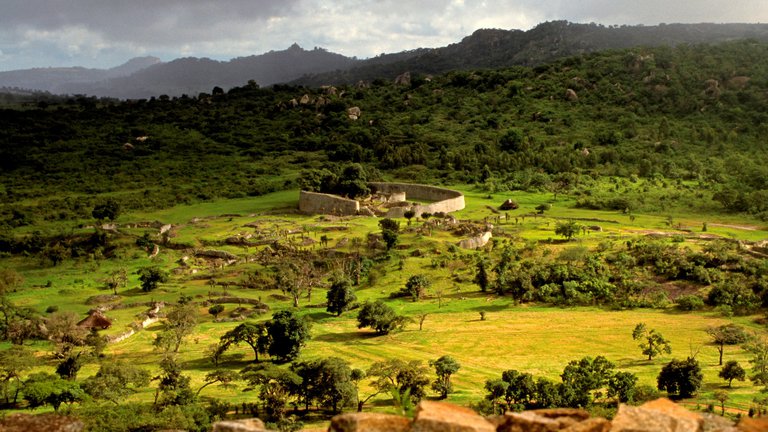 Deep in the belly of southern Africa, approximately 28 kilometres southeast of the modern town of Masvingo in southern Zimbabwe, lies the UNESCO World Heritage site of Great Zimbabwe. It is comprised of a group of ruined multi-building settlements spread over 720 ha. Settlement started on the hill from about 1000 AD, reached into the valley by the 12th century and continued to expand to cover outlying areas. As it underwent cycles of expansion and contraction, generations of households made the city their home.

The stunning architectural ensembles that give Great Zimbabwe its iconic status housed rulers whose seats of power rotated different areas, such as the Valley and Great Enclosures. Great Zimbabwe was the capital of a prosperous state of more than 50,000 square kilometres. It was a prominent medieval state, comparable in its success to other states in Africa, Europe and elsewhere. This raises the question: what can contemporary Zimbabwe, Africa and the world at large learn from the sediments of soil that crystallised and recorded Great Zimbabwe’s successes and failures?

Denial of local origins – confiscating the past from Africans

In the year 1874, the German explorer Carl Mauch visited Great Zimbabwe, drawing western attention to this iconic ruined city. Turned by wheels of prejudice, Mauch set in motion the view that Great Zimbabwe was so advanced that Africans could not have built it. Rather, it must have been built by a vanished group of people from the current day Middle East. The English coloniser Cecil John Rhodes later appropriated this narrative to firm up his grand imperial dream. Western excavators were brought to the site, churning out stories that drew imaginary parallels between Great Zimbabwe and other places in the Middle East.

Alarmed by the damage to the site caused by Rhodes’ men, the British Society for the Advancement of Science brought in David Randall-McIver in 1906 and later, in 1929, one of the first all-female directed excavation teams in the world, led by Gertrude Caton-Thompson and Kathleen Kenyon. Professional archaeologists concluded that Great Zimbabwe was locally built.

Ironically, communities living around the site were marginalised from constructing narratives about the place. Legislative and physical barriers prevented them from participating in the research and validating knowledge about their ancestral city. Meanwhile, the site provided Gertrude Caton-Thompson and Kathleen Kenyon with an invaluable learning experience, preparing them to play vital roles in the development of archaeology in Egypt and Palestine. No African archaeologists emerged in Rhodesia (Zimbabwe) for nearly 80 years, but the impact of Great Zimbabwe would reverberate in the British Empire and in world archaeology.

Disconnecting the past from African communities and their problems

By the 1960s, archaeology was fully developed as a white-only affair. The established narratives trailed those by antiquarians, focusing on the walled settlements. A periodisation was developed to account for the evolution of settlement in different parts of the city. Later revisions of the periodisation made it seem as if the people responsible for material culture in a preceding period were unrelated to those of succeeding times. Most of the theories and methods were imported from the western world, creating versions of the past mostly palatable to western readers.

This trope continued after Rhodesia’s independence: archaeologists that worked during the colony continued to marginalise local people in interpretations focusing on issues remotely disconnected from everyday challenges. The emerging class of African archaeologists was co-opted, solidifying the impression that what mattered were the views of archaeologists and not the concerns of locals, some of whom looked to the past for solutions to achieve prosperity.

Unleashing the past to solve contemporary challenges

The walls and houses of Great Zimbabwe are a reflection of the creativity, engineering achievements, mathematics and construction science of its inhabitants. Artefactual remains from Great Zimbabwe show that agriculture, cattle raising and the processing and working of metals such as gold, iron and copper all involved the application of sophisticated knowledge of materials and their behaviour under different conditions. Great Zimbabwe had a vibrant local production base that involved households processing both local resources, from immediate surrounds, and from far-off regions in southern and central Africa to meet daily necessities and leisurely needs. This was complemented by trade with the Indian Ocean world. External commodities were brought to supplement, but not to replace or undercut, local production and consumption. Local production was vital for prosperity, taking away the need to depend on solutions from the Indian Ocean or elsewhere. An understanding of the principles of sustainability, engraved in rituals, beliefs and attitudes to territory, was vital for prosperity. This partly explains why the city could sustain its fluctuating population over a couple of centuries, without an ecological disaster.

Perhaps, even if the circumstances have changed and continue to change, there are some valuable lessons for the present. The massive walls of Great Zimbabwe show that a prioritisation of investment into infrastructure is essential to achieve prosperity. Furthermore, investing in innovation to establish and sustain a local productive and consumptive base is vitally necessary. External assistance in the form of aid or debt only makes a difference when there is viable local production to achieve food security and to contribute to global challenges in locally centred ways.

An application of lessons from the past to achieve prosperity in the present swings the pendulum of archaeology from pursuing knowledge for its own sake, to supporting bread-and-butter and big issues of the continually changing times. If widely embraced, such an approach has the potential to go a long way towards reclaiming a past for the intellectual and material improvement of humanity.

Four-year appointments in the UK

Shadreck Chirikure is a British Academy Global Professor at the School of Archaeology, University of Oxford. His book ‘Great Zimbabwe: Reclaiming a ‘Confiscated’ Past’ was published by Routledge in 2020. He is on Twitter at @chirikure

Fontein, J., 2016. The silence of Great Zimbabwe: Contested landscapes and the power of heritage (Vol. 37). Routledge.