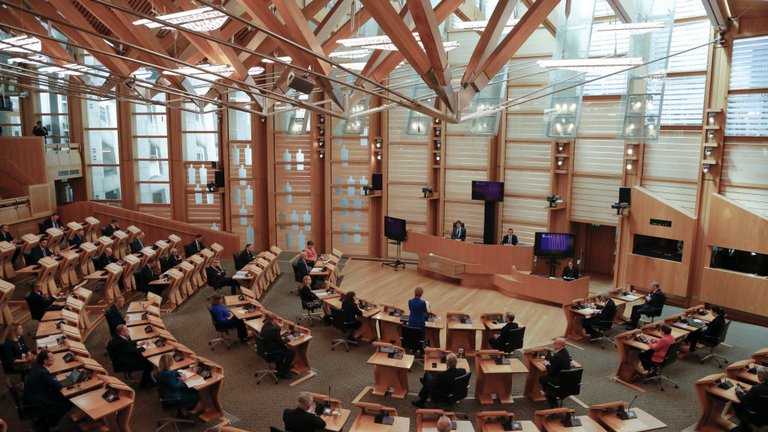 As debate over the decision-making and capability of the British government during the coronavirus pandemic has grown in intensity, a searching question about whether people in England have been especially poorly served by the institutions that govern them has started to gain traction. While the devolved administrations in Scotland, Wales and Northern Ireland have managed the public health response within their own borders – and they too have at times been subjected to criticism – policy in the largest part of the UK has been run directly from Whitehall.

How has England come to be the only part of the UK without its own institutions and governance? And what are the consequences of the growing realisation that, although it rarely acknowledges it or even admits it to itself, in some important respects the British state is functioning as the government of England alone?

The implications of devolution for Westminster

The devolution reforms introduced in Tony Blair’s first government turned out to be the start of a process of on-going, incremental change, as further powers were transferred, in subsequent bursts, to Cardiff and Edinburgh. This left central government with an awkward ‘dual-hatted’ role. In constitutional terms, it still derives its legitimacy from the confidence of a majority of MPs from constituencies across the UK at Westminster. But by a process of ‘subtraction’, much of its domestic policy responsibility extends only to England, since devolution was introduced elsewhere – for instance, in health and education.

A small number of campaigners and academic observers aside, few people in England seemed to pay much attention to the implications of these changes during the early years of this new system. The architects of devolution and those who extended its remit in later years deliberately downplayed its consequences for the state and, indeed, for England. Central government and the Westminster parliament proceeded for the most part as if they were unaffected by devolution, with their UK and English roles remaining deeply entangled. There has been no official recognition of the fact that some Whitehall departments, such as the Department for Health and Social Care, in practice became entirely focused upon English affairs. David Cameron’s government did, controversially, introduce a new set of rules for England-only legislation – the system of ‘English Votes for England Laws’ – in 2015, in response to long-held complaints in Conservative circles about the ‘West Lothian question’. But such was the limited and technical character of these reforms that they remain unnoticed by most citizens and poorly understood by most members of parliament.

Governing the UK or England?

The coronavirus pandemic and the readily available comparisons between how well or badly different governments are dealing with it have served to draw attention to the decisions made by the UK government, as well as to the institutional structures within which these are made. While statistics relating to the current impact of the virus need to be interpreted with care, it is clear that England has experienced an unusually high level of excess deaths, in comparison both to other parts of the UK and other European countries.

The English coronavirus response has been determined by central government, both when making decisions for the whole of the country – as for instance with Rishi Sunak’s ‘furlough’ scheme – or for England alone, as with rulings on the closing and re-opening of schools. The distinction between these different territorial remits, which ministers are sometimes required to straddle in the space of a single press conference, is, however, rarely made clear. Johnson’s televised address on 10 May, at which his government’s plan for a phased approach to easing lockdown was first unveiled, did not acknowledge that most of it applied only in England. When confronted directly with the question of whether he was acting as the Prime Minister of England in the House of Commons, he instinctively recoiled at the notion that the authority of his office might have in some way been diminished as a result of devolution.

The devolved governments and a number of other observers have expressed annoyance at this enduring tendency for Westminster politicians to conflate their UK-wide and English roles. In the context of coronavirus, this habit has the potential to sow confusion among ordinary citizens about which regulations and public health advice they should follow. But the lack of clear, public recognition of the UK government’s English remit is in part an inherent feature of the asymmetrical model of devolution that developed from the late 1990s. Whitehall ministers make decisions for England in areas that are devolved elsewhere, but simultaneously need to perform the role of a central government that speaks to the entirety of the UK, particularly in a moment of crisis. The coronavirus pandemic has exposed the problems which this dual focus can generate, just as it has illustrated the limitations of the centralised caste of English governance.

Tensions between state and local government

The dominance of Whitehall in the largest part of the UK is reinforced by the absence of a developed ‘middle tier’ of governance between the state and local government. Labour and the Tories have, since the late 1990s, disagreed about the best model for this and the right scale – whole regions, or cities and their surrounding areas – to which it should apply. But these have in essence been arguments about different models of delegated authority from the centre rather than extending the kinds of legislative – and latterly fiscal – devolution which Scotland enjoys to sub-national bodies in England. As the devolution ratchet has continued to turn elsewhere and more extensive powers have been given to Scotland in the aftermath of the 2014 referendum, the lopsided character of this settlement has become ever more apparent. The question of whether England itself needs greater recognition and institutional expression continues to bubble under the surface.

The current crisis has done much to bring these issues to the fore and may already have begun to have an effect upon the Whitehall worldview. It was notable, for instance, that when Johnson announced further easing of lockdown on 10 June he did emphasise that the measures he was announcing applied only in England and that it was right for the devolved governments to ‘move at the right pace for them, according to their circumstances’.

If blame for the government’s handling of the pandemic does get diverted towards a debate about wider institutional structures and not just individual decision-makers, it is possible that England’s dysfunctional form of governance may emerge as a focus for wider political concern. The fracture that may make this happen is more likely to be regional disparities within England, rather than comparisons with the other parts of the UK. There have been growing complaints from some of its city mayors about whether the government has been sufficiently mindful of the differential impact of the virus in different parts of the country. The chorus of concern expressed by figures like Andy Burnham, mayor of Greater Manchester, and Andy Street, mayor of the West Midlands, has become an important source of political pressure. It reflects deep frustration at the manner in which the small group of decision-makers at the heart of British government have handled the crisis. The sense that the central state has more or less disengaged from the layers of governance and public authority that exist at lower levels of the system, including local public health officials, head teachers and local authorities, is palpable.

The only English city leader who has been invited into the key COBR decision-making process is Sadiq Khan, Mayor of London. But in common with other metro mayors, his authority is limited in relation to the current crisis. This was made clear in the context of the stringent conditions attached to a UK government bailout of Transport for London, which included above-inflation fare rises, the suspension of free travel for schoolchildren and Whitehall officials joining its board.

A growing debate about the performance of the UK government in relation to the coronavirus pandemic is drawing attention to the institutional structures through which the largest part of the UK is governed. COVID-19 may turn out to be a watershed moment, resulting in the posing of tough questions about the character and performance of Britain’s governing institutions and the lopsided nature of its territorial governance.

Governing England, published by the British Academy and Oxford University Press in 2018, explored some of the main dimensions of, and pressures upon, the constitutional status and governance of England. Many of the questions that are examined in depth in this watershed volume have been brought to the surface in the context of the crisis generated by COVID-19. Governing England is now freely accessible to read on British Academy Scholarship Online.

How did Catherine the Great’s reign shape Imperial Russian history?