Around 1650, the English physician William Rand wrote to the polymath Samuel Hartlib, asking him to enquire of his ‘Learned Correspondents’ on a topic of ‘very great concernment to mankind’. His question related to the nature of good or bad angels. Specifically, he wanted to know how angels and demons worked upon humans: did they enter human bodies with the breath, or by the pores of the skin, or through the eyes with the light? He was not convinced by Thomas Hobbes’s idea that angels and demons worked only externally. After all, he reasoned, it was obviously possible for external forces to infiltrate human blood with transformative effect: consider the case of drunken men, who might be as thoroughly altered as though ‘a hundred thousand devils kept Court … in their Bowels’.

Today, Rand’s ideas are unfamiliar to a modern audience – except his observations on the effects of excessive alcohol. The idea that angels and demons might be inhaled or otherwise imbibed has largely disappeared even from religious discourse. Historians’ accounts of possession, meanwhile, focus on dramatic (and rare) cases of people falling into trances and speaking in tongues. Focusing on Britain between the 16th and the 18th centuries, my project aims to show how possession by supernatural forces might in fact be understood as a routine occurrence.

Early modern natural philosophers taught that the body was governed by the flux of the four humours: blood, black bile, yellow bile and phlegm. The humours were themselves influenced by the climate, the season and the motions of the planets. John Donne, who famously reflected that ‘no man is an island’, also avowed that ‘every man is a spunge’: people quite literally absorbed their environments. And according to early modern belief systems, the natural world was imbued with supernatural forces.

The idea that the Devil could invade humans was widespread. In his 1621 Anatomy of Melancholy, Robert Burton explained that the Devil drove people to despair, fury and rage by ‘mingling himself’ among their bodily humours. Students at university in Aberdeen were taught that evil spirits dissipate a certain character in people by the same means. Rhetoric about demonic invasion was also prominent in theological writing. Guides were produced on how to conduct oneself during internal arguments with Satan. Sometimes the language of demonic invasion was metaphorical; in other cases, theologians drew on physiological theories much like the ones set out by William Rand in his letter.

These ideas were not limited to philosophical discourse. There are numerous literary examples of the notion that spirits might invade the body. One of the best known is Lady Macbeth’s plea:

That tend on mortal thoughts, unsex me here,

And fill me from the crown to the toe top-full

Also notable is the folkloric belief in the ‘evil eye’: that the spirits of a malicious person could exit through the eye and enter the body of another person to do harm. Angels and the Holy Spirit might similarly influence humans. The late 17th and early 18th-century Scottish minister Robert Wodrow explained that divine forces would work a ‘holy or reverential awe of God on [the] spirit.’ Ann Bathurst, a 17th-century prophet, had particularly dramatic experiences. In one vision she saw a group of angels merge together and enter her husband’s head where “they all sate as in a Glob of Light”.

Shifting senses of self

Loss of control is a dominant theme in these narratives. Invasion by angels or demons left the senses ‘swallowed up’, as one Scottish visionary described it. However, the human maintained some measure of free will. When Dionys Fitzherbert suffered from fits of insanity in the early 17th century, a Bristol clergyman called Edward Chetwynd explained to her that there were three elements at play: her own body and humours, her ‘corrupted’ part disordered by Satan, and her ‘part regenerate’ guided by God’s spirit. Within the individual there was a blend of forces dictating ways of thinking, feeling and behaving. The self was thus a malleable construct, internally generated in part, but also shaped and reshaped by external influences.

As the 18th century progressed, the body was increasingly described in secularised terms. Communion with the supernatural world moved to the fringes of society, and humoral medicine declined. Identities, at this point, became more securely fixed within the boundaries of the skin. But interestingly, modern research on philosophy of mind has again drawn us away from the notion that minds – and, by extension, selves – are neatly tucked away in our brains. Nowadays we might not think in terms of divine or diabolic possession, but there is a growing sense that who we are is not a fixed and consistent thing, but moulded by environmental forces. Early modern possessed bodies were historically contingent things, but also fit into a much broader and enduring discourse about what it is to be a human being.

Dr Martha McGill is a British Academy Postdoctoral Fellow at the University of Warwick. Her book, Ghosts in Enlightenment Scotland, was published in November 2018. Her research interests are in British religious culture, natural philosophy and folklore from the Reformation to the early 19th century. 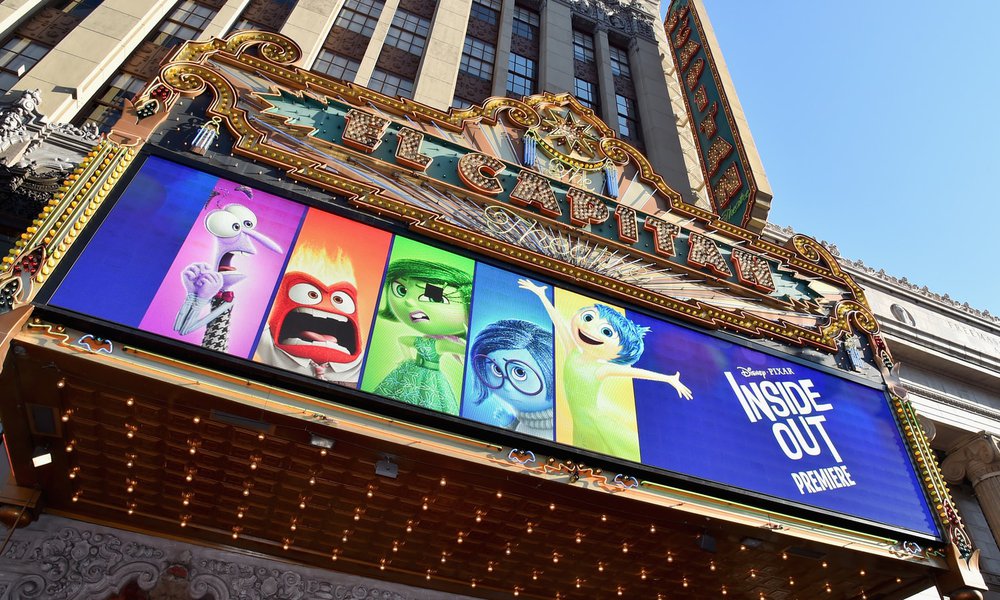 How Pixar’s ‘Inside Out’ illustrates Platonic philosophy