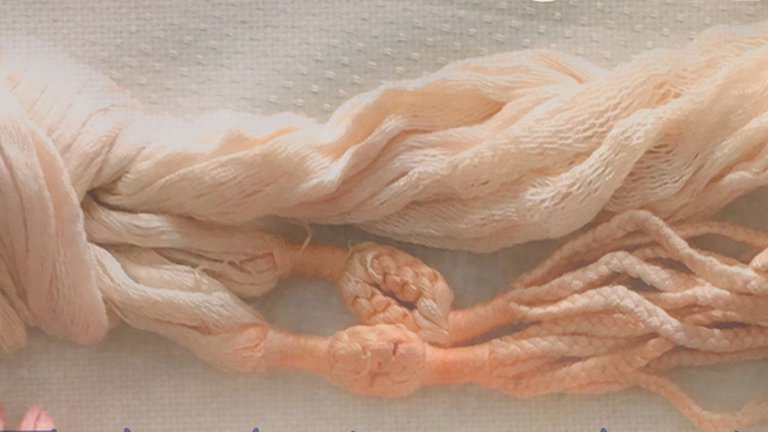 This is part of our 2019 Al-Rodhan Prize series. In this extract from ‘Remnants of Partition’ , Aanchal Malhotra considers how everyday objects can unlock memories.

Human memory is fragile. It is the form in which we store our experiences. However, it is important to understand that our memory is not a recording device. It cannot be assumed that whatever we experience will be stored as an exact and precise trace of that moment, especially when time gradually begins to wear it down. If you imagine an experience as the construction of a memory, then its recollection years later is its reconstruction. As the years pass, memory, inherently malleable, accumulates holes that can be filled with new experiences – imagined, fabricated or, sometimes, seamlessly integrated together where connections didn’t previously exist.

During our conversation in his London home, John Grigor Taylor experienced a fascinating tangling of memories. Over the years, he has begun, subconsciously, to bind seamlessly together details from his years of service in the British Indian Army and his father’s, both of whom coincidentally served in the Rajputana Rifles regiment. Throughout our conversation, he often used his father’s experience in World War I and his in World War II interchangeably. Between my grandmother Bhag Malhotra and her younger sister Dharam Bali, there is an ongoing animated discussion about how things really unfolded during the days of their migration from NWFP to Delhi. Did they take the train from Dera Ismail Khan, or did they take a boat over the river Sindh? Did they stop to pick up their sister from Lahore, or did she come later? Did they actually see the corpses lined up at the railway station, or merely hear of them?

These are examples of how emerging narratives of a time long gone sometimes become fabricated, amalgamated and almost fictitious. And though this leads us to question the notion of ‘true’ memory, it’s still the case that recorded oral recollections and histories, especially of a traumatic time, often become the primary means for us to understand and collate collective memory.

My interviewees weren’t always convinced of this at first. My requests to see someone’s belongings from the time of the Partition were usually met initially with confused looks and raised eyebrows. The inherent misfortune of everyday objects belonging to ordinary people, unlike those preserved in museums and private collections, is that they are often underappreciated. But what I noticed during my interviews was that, from the moment I infused importance into an otherwise mundane personal possession, the emotions and memories hidden within it came to the surface and, all of a sudden, the thing became precious. If in the course of our conversation I happened to wrap a shawl around my own shoulders rather than its owner’s, or put a ring on my finger instead of theirs, I would witness a surge of sudden, fervent possessiveness. As I asked about objects, their significance to their owner emerged.

“This belongs to my mother,” they would suddenly claim, rather than it simply being an old shawl from before the Partition. “This is the lock and key we used to lock our house,” they would beam, placing the rust-encrusted object on the table before us. And thus it would gradually dawn on the possessor that the singular object surviving from his or her home, village or childhood could be a vessel for memory. Mine, my mother’s, my father’s, our family’s – the transition, in most cases, from indifference to proprietorship was unexpected, yet understandable. It was as though the object had found a new life.

With this revival - the recovery of memories of the Partition preserved within these belongings - the Divide itself also came back to life. When people described to me vivid scenes of massacres and rivers of red from before my birth, I was able to taste in my mouth the metallic tinge of blood. By collecting the memories of those who witnessed the Partition, I have collected also their prejudices, biases, fears, hesitations, nightmares, dreams, longings and, of course, their belongings. I have transformed from a person who makes things - an artist - to a person who collects things.

I have collected stories about everything from plain kitchen bowls to parrots and crocodile skins. I have encountered objects carried over the border during Partition that now bind together several generations of a family living in different parts of the world, or childhood friends separated by the Divide. I have also discovered objects carried across the border years after the Partition, by people who made the journey back to their homelands to retrieve items of great value or emotional significance. I have even learnt of objects that were brought across in a spirit of goodwill and continued fellowship between pre- and post-Partition inhabitants of a house. Other possessions have been rediscovered, decades later, through sheer serendipity, even on the other side of the world.
Particularly remarkable to me are those objects whose stories and memories have been unearthed and preserved not by their original owners, but by their offspring – second- and third-generation inheritors of Partition’s lingering trauma; children and grandchildren sat in on and participated in many of the interviews described in these chapters, both asking and answering questions. The photo on the cover of this book is of the vibrantly dyed naale, silk threads handwoven into a thick drawstring with which a pyjama or salwar is held in place, which Jasminder Gulati’s mother Gurdeep Kaur carried to New Delhi from Multan in West Punjab. When I interviewed her about the naale, Jasminder’s mother began humming an old Punjabi folk song about such ladies’ accessories.

At the outset, I had not accounted for such an expansive topography of storytelling. In fact, and quite naively so, I believed that a story of the object would remain just that. However, dozens of interviews later, what has emerged is a way of life in an inclusive and interwoven Undivided India. The longer I sat with those who had lived through the exodus, the more convinced I became that a story from the days of the Partition was about so much more than the Partition itself. It was a story about soil and rain, fields and clouds, families and their traditions and customs; it was about love and relationships, children and the sound of their crying; it was about landscape and language, music, art, literature and poetry.

© Aanchal Malhotra from Remnants of Partition: 21 Objects from a Continent Divided, Hurst Publishers, 2019

Remnants of Partition is shortlisted for the 2019 Al-Rodhan Prize.

Aanchal Malhotra is a New Delhi-based artist and oral historian. She is the cofounder of the Museum of Material Memory, a digital repository tracing family histories and social ethnography through heirlooms, collectibles and antiques from the Indian subcontinent. This is her first book.