The Anglosphere: Continuity, Dissonance and Location 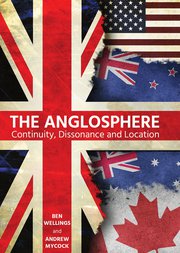 Proceedings of the British Academy, volume 226

The Anglosphere - a transnational imagined community consisting of the USA, Canada, Australia, New Zealand and the UK - came to international prominence in the wake of Brexit. The Anglosphere's origins lie in the British Empire and the conflicts of the 20th century. It encompasses an extensive but ill-defined community bonded by language, culture, media, and 'civilisational' heritage founded on the shared beliefs and practices of free-market economics and liberal democracy. Supporters of the Anglosphere argue that it provides a better 'fit' for English-speaking countries at a time when global politics is in a state of flux and under strain from economic crises, conflict and terrorism, and humanitarian disasters.

This edited volume provides the first detailed analyses of the Anglosphere, bringing together leading international academic experts to examine its historical origins and contemporary political, social, economic, military, and cultural manifestations. They reveal that the Anglosphere is underpinned by a range of continuities and discontinuities which are shaped by the location of its five core states. The volume reveals that although the Anglosphere is founded on a common view of the past and the present, it continually seeks to realise a shared future which is never fully attained. The volume thus makes an important contribution to debates about the future of the UK outside of the EU, and the potential for the English-speaking peoples to shape the 21st century.