The Middle Ages in the Modern World: Twenty-first Century Perspectives

by Bettina Bildhauer and Chris Jones 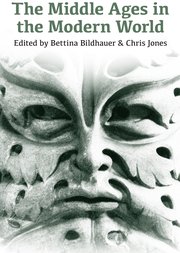 Proceedings of the British Academy, volume 208

The Middle Ages continue to provide an important touchstone for the way the modern West presents itself and its relationship with the rest of the globe. This volume brings together leading scholars of literature and history, together with musicians, novelists, librarians, and museum curators in order to present exciting, up-to-date perspectives on how and why the Middle Ages continue to matter in the 20th and 21st centuries. Presented here, their essays represent a unique dialogue between scholars and practitioners of 'medievalism'. Framed by an introductory essay on the broad history of the continuing evolution of the idea of 'The Middle Ages' from the 14th century to the present day, chapters deal with subjects as diverse as: the use of Old Norse sagas by Republican deniers of climate change; the way figures like the Irish hero Cú Chulainn and St Patrick were used to give legitimacy to political affiliations during the Ulster 'Troubles'; the use of the Middle Ages in films by Pasolini and Tarantino; the adoption of the 'Green Man' motif in popular culture; Lady Gaga's manipulation of medieval iconography in her music videos; the translation of medieval poetry from manuscript to digital media; and the problem of writing national history free from the 'toxic medievalism' of the 19th and 20th centuries.