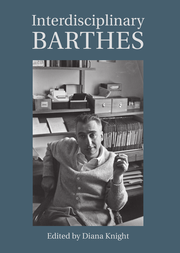 Proceedings of the British Academy, volume 228

Roland Barthes (1915-1980) is still considered one of the most significant figures of postwar French thought and remains central to anglophone cultural theory. He is read by academic researchers and students in modern languages, comparative literature, cultural studies, gender studies, media studies, music and visual studies, philosophy and critical theory, as well as attracting more broadly popular interest. This new and very up-to-date collection of essays brings together eighteen well-known specialists of his work - from France, the US, the UK and other European countries - to address the multiple disciplinary strands of his work and the ways he creatively unsettled the boundaries between them.