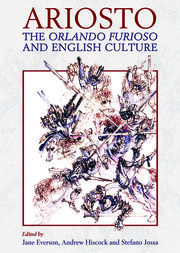 Proceedings of the British Academy, volume 221

The Orlando Furioso remains a masterpiece of Italian literature and stands as a key contribution to European Renaissance culture as a whole. Its influence across the continent was immediate and pervasive and the epic poem continued to wield enormous power over the imaginations of writers, poets, artists and critics for generation after generation in England. This critical collection brings together cutting-edge research by international scholars which examines the many and various ways in which Ariosto’s magnum opus continued to excite cultural interest from the sixteenth century to the present day.