social anthropology, the ethnography of North Eastern Africa, and relations between history and anthropology 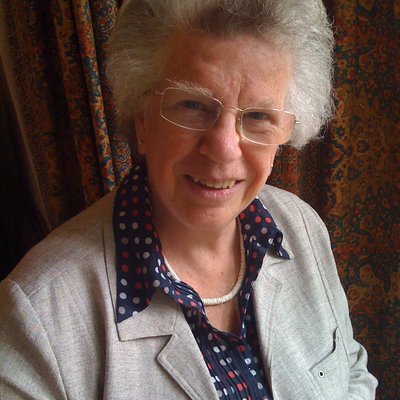 Wendy Rosalind James was first appointed to Oxford University as a Lecturer in Social Anthropology in 1972, along with a Fellowship at St. Cross College. Promoted to the status of Professor in 1996, she became Emeritus in 2007. Coming originally from a small grammar school in the North, her first College was St. Hugh's, where she completed a BA (in Geography), followed by a B.Litt. and D.Phil. in Social Anthropology. The latter was based on field research in the Sudan, during a five-year teaching post in the University of Khartoum. Her later research built on this work, partly extending to southern regions of the country in collaboration with her historian husband Douglas H. Johnson. Her main focus however shifted to western Ethiopia and to the regional consequences of sustained conflict. Her wider academic interests lie in the history of anthropology itself in relation to other disciplines. She has served as President of the Royal Anthropological Institute (2001-2004) and as Vice-President of the British Institute in Eastern Africa (2001-2011). She was awarded an Honorary Doctorate of the University of Copenhagen in 2005, the Rivers Medal of the RAI in 2009, and appointed CBE in 2011 for services to scholarship.

University of Oxford University Lecturer then Professor of Social Anthropology

`Kwanim Pa: the Making of the Uduk People: An Ethnographic Study of Survival in the Sudan-Ethiopian Borderlands. Clarendon Press, Oxford 1979

The Southern marches of imperial Ethiopia: essays in social anthropology and history 1986

The listening ebony: moral knowledge, religion and power among the Uduk of Sudan 1988

The Ceremonial Animal: A New Portrait of Anthropology 2003

The Philosophy of Enchantment: Studies in Folktale, Cultural Criticism and Anthropology, by R. G. Collingwood 2005

War and Survival in Sudan's Frontierlands: Voices from the Blue Nile 2007