The literature and the socio-economic, cultural and political history of 16th and 17th-century Spain; contemporary Spanish poetry; literary criticism, textual bibliography; the Moriscos 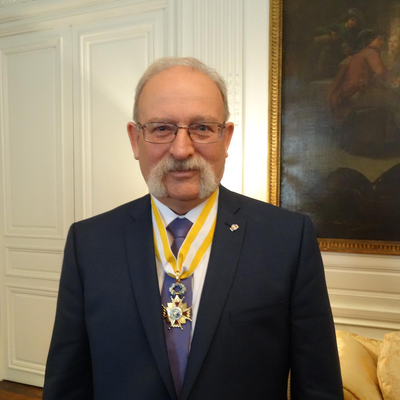 Trevor Dadson joined Queen Mary University of London as Professor of Hispanic Studies in 2004. His previous positions included Professor of Spanish at the Queen's University Belfast and then at the University of Birmingham. His research mainly focused on the the history (cultural and socio-economic) and literature of the 16th and 17th centuries. He published on a wide range of topics, including book ownership, textual editing and criticism, the Moriscos of Villarrubia and, more generally, of the Campo de Calatrava, biographies of the poets Diego de Silva y Mendoza, Count of Salinas, and Gabriel Bocángel and critical editions of their works; a biography of the Princess of Eboli, the letters of the Count of Salinas and of the Princess of Eboli, and an edition of Salinas's unknown poetry. In 2008 the town council of Villarrubia de los Ojos named a street after him, and in 2015 King Philip VI of Spain awarded him the title of 'Commander of the Order of Isabel the Catholic' for his services to Spanish culture.

Tolerance and Coexistence in Early Modern Spain. Old Christians and Moriscos in the Campo de Calatrava 2014