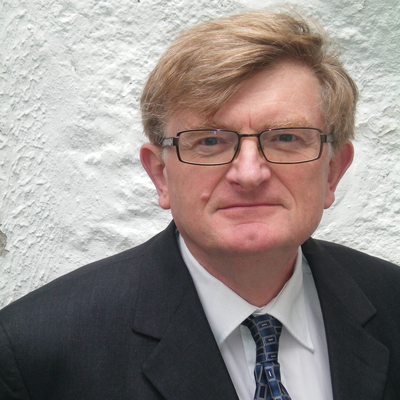 Thomas Corns was born in Prescot, Lancashire and educated at the local grammar school. He studied at Brasenose and University Colleges, Oxford, and spent a year as an exchange student to the Maximilianeum Foundation, Munich. His doctoral thesis provided the basis for The Development of Milton's Prose Style, published as the first Oxford English Monograph. Between 1975 and 2014 he worked at Bangor University, formerly the University College of North Wales and the University of Wales, Bangor, where he served at various times as head of department, head of the School of Arts and Humanities, and as a pro-vice-chancellor. He has published mainly on Milton and on the political literature of the mid-17th century. He is an Honored Scholar of the Milton Society of America. Currently he is collaborating with David Loewenstein on a scholarly edition of Paradise Lost, a contribution to the eleven-volume Complete Works of John Milton published by Oxford University Press, of which, with Gordon Campbell, he is general editor.

This collection of original essays by literary critics and historians analyses a wide range of Milton’s writing, from his early poetry, through his mid-century political prose, to De Doctrina Christiana.

A New Companion to Milton

Edited by Thomas Nicholas Corns - Published in 2016 by Wiley-Blackwell

A New Companion to Milton builds on the critically-acclaimed original, bringing alive the diverse and controversial world of contemporary Milton studies while reflecting the very latest advances in research in the field.

The Milton Encyclopedia offers easy and immediate access to a wealth of information about Milton. It will serve as a general and comprehensive reference tool for general readers, students, and scholars alike, enhancing the experience of reading Milton.

The first complete and fully annotated edition of the works of Gerrard Winstanley. Includes an extensive editorial introduction which re-examines all that is known of Winstanley's life, writings, and cultural milieu.

A fascinating new biography of a seminal writer, whose career spanned one of the most turbulent periods in English history.

John Milton and the Manuscript of De Doctrina Christiana

A lively narrative account of the research project that demonstrated the Miltonic provenance of De Doctrina Christiana beyond reasonable doubt.