Western medieval music and its transmission and notation from the origins to the 13th century and the development of the Latin liturgy, with an especial focus on ritual 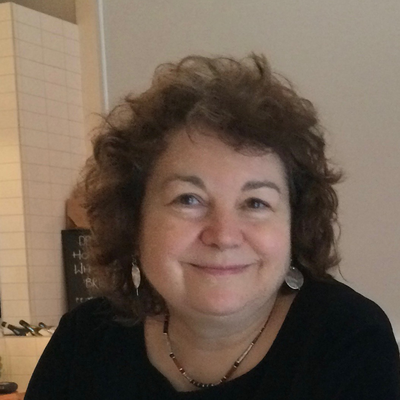 Susan Rankin is Professor of Medieval Music at the University of Cambridge and a Fellow of Emmanuel College. Her research interests lie in three directions: the manuscript transmission and forms of writing of music in the early middle ages, early medieval polyphony and ritual expressed in music throughout the middle ages. Her most recent major publication, from 2018, is a monograph on the music scripts and notations invented by the Carolingians, Writing Sound in Carolingian Europe, and she has recently finished a second Carolingian book, Sounding the Word of God: Carolingian Books for Singers, based on the Conway lectures delivered at the University of Notre Dame Indiana in 2017. From 2019-2020 she was a Fellow of the Radcliffe Institute at Harvard University, working with Margot Fassler towards a book in which dramatic modes of action in and alongside the medieval liturgy are examined. She was awarded the Dent Medal in 1995 and is a Corresponding Fellow of the Medieval Academy of America and Corresponding Member of the American Musicological Society.

Chair of the History of Art and Music Committee

Writing Sounds in Carolingian Europe: The Invention of Musical Notation

Musical notation has not always existed: in the West, musical traditions have often depended on transmission from mouth to ear and ear to mouth. Although the Ancient Greeks had a form of musical notation, it was not passed on to the medieval Latin West. This comprehensive study investigates the breadth of use of musical notation in Carolingian Europe, including many examples previously unknown in studies of notation, to deliver a crucial foundational model for the understanding of later Western notations.

"Singing the Psalter in the Early Middle Ages" in Chant, Liturgy, and the Inheritance of Rome: Essays in Honour of Joseph Dyer

Containing substantial new studies in music, liturgy, history, art history, and palaeography from established and emerging scholars, this volume takes a cross-disciplinary approach to one of the most celebrated and vexing questions about plainsong and liturgy in the Middle Ages: how to understand the influence of Rome?

"Notker bibliothecarius" in Medieval Cantors and their Craft. Music, Liturgy, and the Shaping of History (800-1500)

Edited by Katie Buygis, A. B. Kraebel and Margot Fassler - Published in 2016 by York Medieval Press with Boydell and Brewer

The contributions seek to address the fundamental question of how the range of cantors' activities can help us to understand the many different ways in which the past was written and, in the liturgy, celebrated across the middle ages. Cantors, as this volume makes clear, shaped the communal experience of the past in the Middle Ages; the essays are studies of constructions, both of the building blocks of time and of the people who made and performed them, in acts of ritual remembrance and in written records.

"Terribilis est locus iste: The Pantheon in 609" in Rhetoric beyond Words. Delight and Persuasion in the Arts of the Middle Ages

Edited by Mary Carruthers - Published in 2010 by Cambridge University Press

In the Middle Ages, liturgies, books, song, architecture and poetry were performed as collaborative activities in which performers and audience together realized their work anew. In this book, essays by leading scholars analyse how the medieval arts invited and delighted in collaborative performances designed to persuade.

Susan Rankin - Published in 2007 by Stainer and Bell