The study and application of forensic anthropology to criminal investigations, human identification and mass fatality events 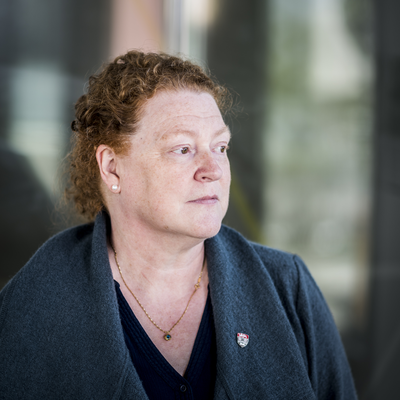 Sue Black is an anatomist and a forensic anthropologist whose work has been recognised nationally and internationally particularly in the fields of war crimes investigations, mass fatality incidents and forensic casework. She was awarded an OBE in 2001 for her work in Kosovo and a DBE in 2016 for her contributions to forensic anthropology. She is a Fellow and President of the Royal Anthropological Institute and a Fellow of the Royal Society of Edinburgh, the Royal Society of Biology and is the lifetime Professor of Anatomy for the Royal Scottish Academy. She is a recipient of the Fletcher of Saltoun award for her contribution to Scottish Culture, the Jephcott gold medal for scientific advancement, the Lucy Mair medal for humanitarian assistance and the Anatomical Society gold medal for her distinguished contribution to the field of anatomy. She holds two Police commendations for her forensic work and has been awarded the Outstanding Woman of Scotland award and the RSE Inspiration Award. Her research focusses on the identification of perpetrators of child sexual abuse from Indecent Images of Childre (IIOC). This work is funded by the ERC and has helped to secure 30 life sentences and over 400 years of prison sentences for those found guilty by the courts of this crime. She is a regular contributor to various media outlets including 'Women's Hour', 'Desert Island Discs' and 8 episodes of a TV series for BBC 2 entitled 'History Cold Case'.

University of Lancaster Pro-Vice-Chancellor of Engagement

Centre for Anatomy and Human Identification, University of Dundee Director

Written In Bone: hidden stories in what we leave behind

Sue Black - Published in 2020 by Doubleday

All That Remains: A Life in Death

The Expert Witness, Forensic Science, and the Criminal Justice Systems of the UK

50 key topics revealing criminal investigation from behind the scenes, each explained in half a minute