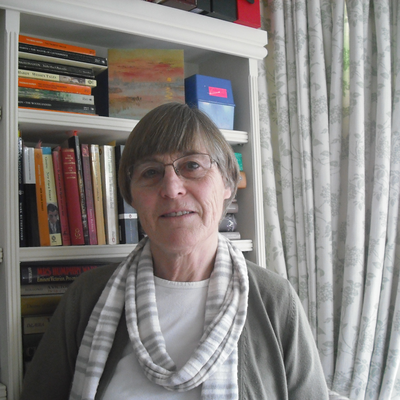 Rosemary Ashton is Emeritus Quain Professor of English Language and Literature at UCL and an Honorary Fellow of UCL.  She is a Fellow of the Royal Society of Literature, a Fellow of the Royal Society of Arts, and was awarded an OBE in 1999 for services to comparative literature.  Her research area is 19th-century literary, intellectual, and cultural history. She is the author of four critical biographies: George Henry Lewes (1991), Samuel Taylor Coleridge (1996), George Eliot (1996), and Thomas and Jane Carlyle (2002).  Two of her books belong to the field of Anglo-German relations: The German Idea: Four English Writers and the Reception of German Thought 1800-1860 (1980) and Little Germany: Exile and Asylum in Victorian England (1986).

Three books on Victorian culture followed: 142 Strand: A Radical Address in Victorian London (2006); Victorian Bloomsbury (2012), which resulted from a larger research project directed by Professor Ashton between 2008 and 2011, the Leverhulme-funded UCL Bloomsbury Project, which details the founding of innovative educational and medical institutions in Bloomsbury from 1800 to 1904; and One Hot Summer: Dickens, Darwin, Disraeli, and the Great Stink of 1858 (2017). She has made frequent contributions to radio, especially Radio 4's In Our Time (on Romanticism, Wordsworth, the Faust legend, Anglo-Germanism in the 19th century, Dickens, and George Eliot – most recently on Middlemarch, 2018), and has participated in television programmes on George Eliot for BBC2 and BBC4.  She is involved in planning and contributing to a number of events to take place in 2019 to celebrate the bicentenary of George Eliot's birth.

10-Minute Talks: Choosing a title – George Eliot and "The Mill on the Floss"

In this talk Rosemary Ashton discusses George Eliot's 'The Mill on the Floss' in the wider context of novel writing and title choosing.

University College London Lecturer and from 1986 Reader in English

Thomas and Jane Carlyle: portrait of a marriage

Rosemary Ashton - Published in 2002 by Pimlico

Rosemary Ashton - Published in 2006 by Penguin