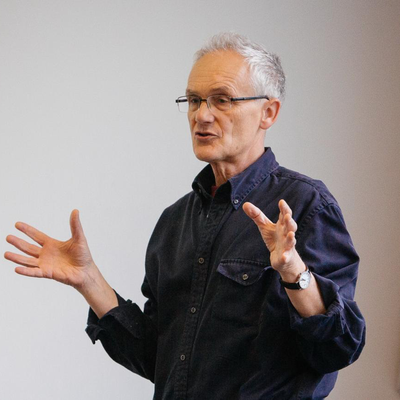 Robert Sugden was born in West Yorkshire in 1949. After attending a state grammar school, he took a first degree in history and economics at the University of York and a master's degree in economics at University College Cardiff. He became a lecturer in economics at the University of York in 1971, moving to a readership at the Newcastle University in 1978 and to his current professorship at the University of East Anglia in 1985. He became a Fellow of the British Academy in 1996. His first research interest was in cost-benefit analysis. From the mid 1970s, influenced by James Buchanan, he worked in social choice theory, particularly on the representation of rights and the measurement of opportunity. Working with Graham Loomes from the early 1980s, he was a pioneer of experimental and behavioural economics. Around the same time, he developed one of the first evolutionary game-theoretic analyses of social norms and one of the first economic theories of reciprocity. His continuing research uses theoretical, experimental and philosophical methods to investigate a wide range of topics, including the methodological status of economic models, the role of focal points in solving coordination problems, and the reconciliation of normative and behavioural economics.

University of York Lecturer in Economics

Credible worlds: the status of theoretical models in economics Journal of Economic Methodology 2000

The economics of rights, co-operation and welfare 1986