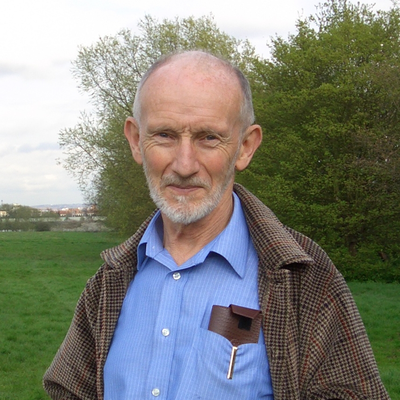 Born in 1939 in Sussex, he spent the first five years in various parts of the UK, followed by three years in New Zealand (1945-8). He spent the rest of his boyhood living in Nottinghamshire, and attending Loughborough Grammar School (which is in Leicestershire). After three years at Corpus Christi College Cambridge he moved to London to do a PhD in SOAS, and has been in London ever since. He spent the whole of his working life at UCL, and is proud still to be attached to UCL as an Emeritus Professor of Linguistics, and also to be a Fellow of the British Academy. He has a wife (Gaynor) and two grown-up daughters (Lucy and Alice) and a grandson (Peter). He lives in North London, where he enjoys walking in Alexandra Park and doing neighbourly things through 'WERA' (of which he is the webmaster). Even after retirement, his ambition is to build bridges between linguistics and psychology; and between linguistics and education. His main achievements are the theory of Word Grammar and the UK Linguistics Olympiad.