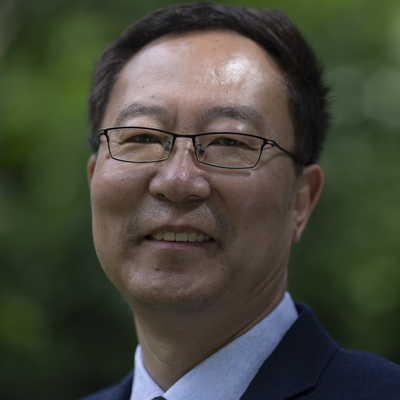 Professor Li Wei is a linguist working in the interdisciplinary fields of language contact, bilingualism and multilingualism, language learning, and the education of bilingual and multilingual children. He has led numerous research projects funded by ESRC, AHRC, Leverhulme and Nuffield as well international funding agencies, including the British Academy special project on the cognitive benefits of language learning. He has won the British Association of Applied Linguistics Book Prize twice. He was Chair of the University Council of General and Applied Linguistics (UCGAL) between 2012 and 2015. He is currently Editor of the International Journal of Bilingual Education and Bilingualism and Applied Linguistics Review.

Professor Li Wei is of Manchu-Chinese heritage, and received an MA in English Language Studies (with Distinction) and PhD in Speech Sciences at Newcastle University where he worked for over twenty years. He was the first Head of School of Education, Communication and Language Sciences at Newcastle between 2002 and 2006. He held a number of leadership roles at Birkbeck College, University of London between 2007 and 2014, including being Pro-Vice-Master for Research and Postgraduate Studies. He joined UCL in 2015 and was Director of the ESRC UBEL (UCL, Bloomsbury and East London) Doctoral Training Partnership (DTP), as well as Chair of the Bloomsbury Colleges Research Committee (UCL IOE, Birkbeck, SOAS, LSHTM and RVC) until 2021. He was a member of the Education sub-panel for REF2014.

University of Newcastle upon Tyne Head of School

University of Newcastle upon Tyne Professor of Applied Linguistics

How are two or more languages learned and contained in the same mind or the same community? This handbook presents an up-to-date view of the concept of multi-competence, exploring the research questions it has generated and the methods that have been used to investigate it.

Multilingualism in the Chinese Diaspora Worldwide

In this volume, Li Wei brings together contributions from well-known and emerging scholars in socio- and anthropological linguistics working on different linguistic and communicative aspects of the Chinese diaspora.

This book addresses how the new linguistic concept of 'Translanguaging' has contributed to our understandings of language, bilingualism and education, with potential to transform not only semiotic systems and speaker subjectivities, but also social structures.

The Blackwell Handbook of Research Methods on Bilingualism and Multilingualism.

As globalization has increased awareness of the extent of language contact and linguistic diversity, questions concerning bilingualism and multilingualism have taken on an increasing importance from both practical and scholarly points of view.

The Bilingualism Reader is the definitive reader for the study of bilingualism.