Visual perception and its development in early childhood; in particular, spatial, motion, binocular vision, and vision for action, and their underlying brain mechanisms in typical development and developmental disorders 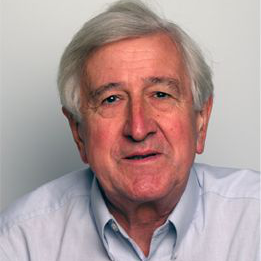 Oliver Braddick gained his BA and PhD from Cambridge University, followed by a postdoctoral fellowship at Brown University, USA. He was a Lecturer and Reader in Experimental Psychology at Cambridge 1969-1993, followed by a chair at UCL 1993-2001 and Head of the Psychology Department 1998-2001. From 2001 he was Professor and Head of Department of Experimental Psychology at Oxford University and a Fellow of Magdalen College, where he was an Emeritus Professor, with visiting appointments at UCL and University of California San Diego. He was Editor-in-Chief of the Oxford Research Encyclopedia of Psychology. His research was on the mechanisms of visual perception and their development in infancy and childhood, particularly spatial and motion vision. He is well known for proposing a specific mechanism for short-range visual motion (1974). In 1976 he established the Visual Development Unit with Janette Atkinson, initially in Cambridge and subsequently in UCL and Oxford. The Unit pioneered work on contrast sensitivity, binocularity, orientation, and motion processing in infancy, on refractive screening of infants, and on dorsal stream vulnerability as a feature of extra-striate visual processing in developmental disorders. He was a Fellow of the Academy of Medical Sciences and the Academia Europaea.

Segmentation versus integration in visual motion processing Trends in Neurosciences 16: 263-268 1993