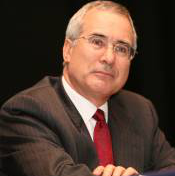 Lord Stern is a leading British economist and academic. Since 2007 he has been the IG Patel Professor of Economics and Government, and also Chair of the Grantham Research Institute on Climate Change and the Environment at the London School of Economics and Political Science. He has taught and researched at universities around the world including Oxford, Warwick, MIT, the Collège de France and the Ecole Polytechnique in Paris, the People's University of China and the Indian Statistical Institute. He was knighted for services to economics in 2004 and made a cross-bench life peer as Baron Stern of Brentford in 2007. He served as President of the British Academy from 2013–2017 and was elected a Fellow of the Royal Society in June 2014. He has made a major contribution to the economics of public policy and to development economics. As head of the Government Economic Service, he led the ground-breaking Stern Review on the economics of climate change, published in 2006, which has had great influence around the world. He has been Chief Economist of the EBRD and of the World Bank and has served as adviser to governments, businesses and NGOs in many countries and as Second Permanent Secretary of the UK Treasury. He is Deputy Chair of the Trustees of the British Museum.

University of Warwick Professor of Economics

Why Are We Waiting? The Logic, Urgency and Promise of Tackling Climate Change

A Blueprint for a Safer Planet: How to Manage Climate Change and Create a New Era of Progress and Prosperity

The Economics of Climate Change: The Stern Review

A Strategy for Development

Nicholas Stern - Published in 2002 by The World Bank

The Theory of Taxation for Developing Countries

Palanpur: The Economy of an Indian Village