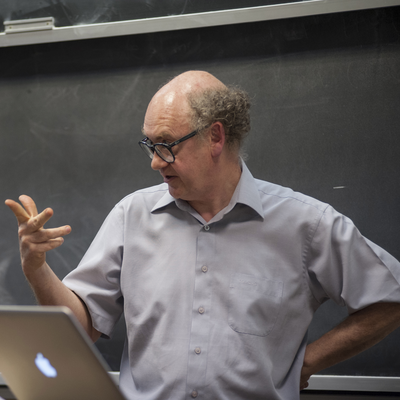 Nicholas Cook is 1684 Professor of Music at the University of Cambridge; he previously worked at the Universities of Hong Kong, Sydney, and Southampton, as well as Royal Holloway, University of London. He works across many areas of music studies, and his books include A Guide to Musical Analysis (1987); Music, Imagination, and Culture (1990); Beethoven: Symphony No. 9 (1993); Analysis Through Composition (1996), Analysing Musical Multimedia (1998), and Music: A Very Short Introduction (1998), which is published or forthcoming in sixteen languages. The Schenker Project: Culture, Race, and Music Theory in Fin-de-siecle Vienna won the SMT's 2010 Wallace Berry Award. His most recent book, based on his work as Director of the AHRC Research Centre for the History and Analysis of Recorded Music, is Beyond the Score: Music as Performance (2013), while he recently completed an AHRC-funded study of recordings of Webern's Piano Variations Op. 27. A book entitled Music as Creative Practice (his contribution to the AHRC Research Centre for Music as Creative Practice) is nearing completion; he is also working on a project entitled 'Music encounters: studies in relational musicology', for which he was awarded a British Academy Wolfson Professorship. He is a Fellow of Academia Europaea.

The University of Hong Kong Lecturer in Music

Beyond the score: music as performance