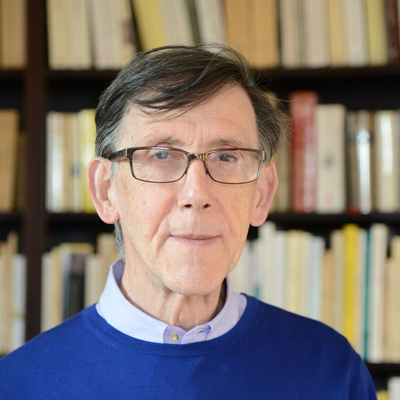 Now Professor Emeritus, Michel Jeanneret was for many years Professor of French Literature at the University of Geneva, head of the French Department and Vice-dean of the Faculty of Letters. At the beginning of his career, he was a Research Fellow at Gonville and Caius College, in Cambridge. His wife, Professor Marian Hobson, CBE, FBA, lives and works there and he spends a substantial amount of his time in England. Apart from being a Distinguished Professor at Johns Hopkins University for five years, he has held posts as Visiting Professor in Harvard, Princeton, Seattle, Irvine, as well as the College de France, Paris-Sorbonne, and the Universities of Beijing and Kyoto. He serves as an expert for different Research agencies in France. He was awarded major prices by the Academie francaise, the Academie de Versailles and by the Accademia dei Lincei (Rome). He is now co-chair of a big research project, seconded by a large digitisation program, on an exceptional collection of World Literature kept in Geneva, the Martin Bodmer Foundation. His personal work is still focused for the most part on Renaissance and XVIIth century literature and intellectual history.