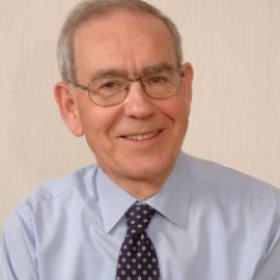 Michael Knibb is Samuel Davidson Professor Emeritus of Old Testament Studies at Kingâ€™s College London. He studied at Union Theological Seminary in New York and at Oxford and was awarded a PhD degree of the University of London in the field of Semitic Studies in 1974. He was appointed Lecturer in Old Testament Studies at Kingâ€™s in 1964 and remained at Kingâ€™s until his retirement in 2001. He held a British Academy Research Readership from 1986 to 1988, and in 1995 he gave the Schweich lectures of the British Academy. He has been concerned in his research with two main fields of study, the literature of the late Second Temple period and the translation of the Bible into Classical Ethiopic. His interest in the former led him to publish a number of studies on Enoch and on related writings in the Apocrypha and Pseudepigrapha and the Dead Sea Scrolls, as well as an edition of the Ethiopic text of Enoch. Preparation of this edition led to a more general concern with the translation of the Bible into Ethiopic, the subject of his Schweich Lectures, and to the very recent publication of an edition of the Ethiopic text of Ezekiel.

The Septuagint and Messianism 2006

The Ethiopic Text of the Book of Ezekiel: A Critical Edition 2015

The Ethiopic book of Enoch: a new addition in the light of the Aramaic Dead Sea fragments (2 vols) 1978

Translating the Bible: the Ethiopic version of the Old Testament 1999