The Buddha and Buddhism in Sri Lanka; Jains in India; German commemoration of the Twentieth Century; reasoning and cogency in anthropology; rhetoric culture theory; ethnography as a source of philosophy 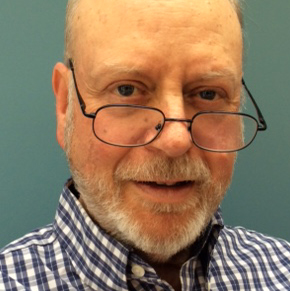 Michael has been guided throughout by the frisson of discovering how different, yet entirely rational, other people's perspectives and moralities can be. He was first able to explore these matters at length during fieldwork with Buddhist forest monks in Sri Lanka, and later in trying to understand the deep history of Buddhism and the Buddha himself. He then met more extreme practices and rationalities while working with Digambar Jain and Digambar ascetics in India. More recently Michael has studied the senses of justice that different Germans have applied to a common and difficult past, both that of the former German Democratic Republic and that of the Nazi dictatorship. Michael has also turned to questioning the evolutionary heritage which enables the production of such differing and mutually contradictory forms of life across human history. And he has taken as objects of study even anthropology and allied social sciences themselves, for these too are cultural performances embodying distinctive reasons and practices which are needful of explication. Since 2002 Michael has been participating in the international Rhetoric Culture Project, which seeks to illuminate how people use their cultural repertoires to create versions of reality.

Anthropology as a Moral Science of Possibilities Current Anthropology, Vol 46, No. 3 2005

Seriousness, Irony, and the Mission of Hyperbole Religion and Society: Advances in Research vol. 3 2012

From Inchoate Pronouns to Proper Nouns: a Theory Fragment with 9/11, Gertrude Stein, and an East German Ethnography History and Anthropology Vol 19, no. 2, 2008