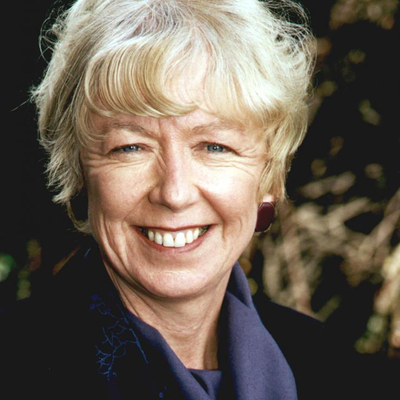 Marianne Elliott is from Belfast, Northern Ireland. She has been educated at Queen's University Belfast and the University of Oxford. As well as her academic career, she has had an important role in the process of promoting peace in Northern Ireland, particularly as a member of the international Opsahl Commission from 1992-93 and co-authoring its report, A Citizens' Inquiry (1993). She co-founded the Conference of Irish Historians in Britain in 1976 with Roy Foster and the British Association for Irish Studies in 1985. She was awarded an OBE for services to peace in Northern Ireland and Irish Studies in Britain as part of the 2000 Birthday Honours. In 2005, she delivered the Ford Lectures at Oxford and went on to be awarded the Irish Presidential Distingiushed Service Award in 2017 and the Christopher Ewart Biggs Lifetime Achievement Award in 2018.

10-Minute Talks: The history of Belfast, a strange case of shared identity and sectarian division

Professor Marianne Elliott FBA reflects on the existence and history of a 'shared space' Belfast identity.

Hearthlands: A memoir of the White City housing estate in Belfast

When God Took Sides: Religion and Identity in Ireland

The Long Road to Peace in Northern Ireland

Robert Emmet: Making of a Legend

The Catholics of Ulster: A History

Partners in Revolution: The United Irishmen and France