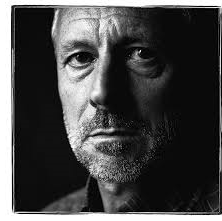 Malcolm Budd studied mathematics and then philosophy at Jesus College, Cambridge before becoming for 4 years a William Stone Research Fellow at Peterhouse, Cambridge. He then moved to University College London as Lecturer, then Reader, then Professor of Philosophy, and finally as Grote Professor of Philosophy of Mind and Logic. He specialised in the philosophy of art, the aesthetic appreciation of nature, the philosophy of mind, the philosophy of perception, moral philosophy, Kant, Schopenhauer, Nietzsche and Wittgenstein. He was elected to the Fellowship in 1995, was for 8 years a member of H12's Standing Committee, and, amongst other offices, has been H12's Conference, Grants, International, Leverhulme, and Postdoctoral Fellowship officer. He was for many years a member of both the Board of Experts in Philosophy for advising on promotions and appointments to Chairs, London University, and the Board of Electors to Chair of Philosophy, Cambridge University. For a number of years he was Editor of the Aristotelian Society, and for many years he was President of the British Society of Aesthetics. At the age of 60 he took early retirement in order to dedicate the rest of his active life to philosophical research. He is an Honorary Fellow, Peterhouse, Cambridge.

Music and the emotions 1985

The Aesthetic Appreciation of Nature 2002