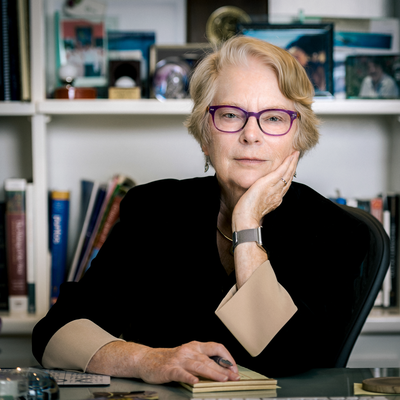 Lynn Hunt has her BA from Carleton College (1967) and her PhD (1973) from Stanford University and is now Distinguished Research Professor at UCLA. Before going to UCLA as Eugen Weber Professor of Modern European History (1998-2013) she taught at the University of Pennsylvania (1987-1998) and UC Berkeley (1974-1987).

She has authored, co-authored or edited books on the origins of human rights, the French Revolution, historical method and epistemology, time in history, the 18th-century sources of religious toleration as well as the history of pornography and has co-authored widely used textbooks on western civilisation and the French Revolution. Her books have been translated into fourteen languages. Her most recent book, History: Why It Matters, was published by Polity Press in 2018.

Writing History in the Global Era 2014

The Book that Changed Europe 2010

Telling the Truth About History 1994

The Family Romance of the French Revolution 1993