Early Judaism and the formation of early Christian thought and practice in the first century; the theology of Paul and the history of its reception 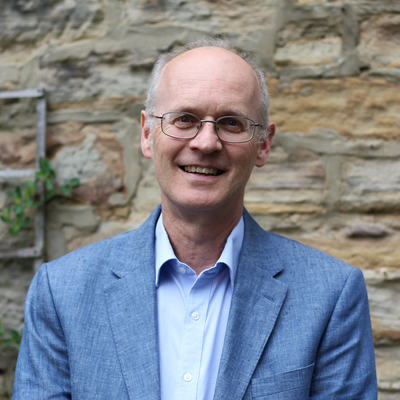 John Barclay has been Lightfoot Professor of Divinity at Durham University since 2003. He has served as President of the British New Testament Society, TRS-UK,the umbrella organisation for Subject Associations and Departments of Theology and Religious Studies in the UK), and shortly, the Studiorum Novi Testamenti Societas.

His research is in the history and thought of early Christianity and early Judaism, with special interest in the ancient Jewish Diaspora and in the letters and theology of Paul. Using tools from the social sciences, he has explored the social formation of early Christianity, the ‘postcolonial’ identity of the Jewish historian Josephus, and the practice and theology of gift (‘grace’) in the work of Paul. He is currently expanding his work on gift to analyse the social dynamics of the Roman economy, and the support networks by which the poor in antiquity survived (if they did), with particular reference to early Judaism and the networks formed by early Christian communities.

Faculty of Divinity, University of Glasgow Professor of New Testament and Christian Origins

A collection of essays on the social formation of early Christianity and early Judaism, with particular focus on the first known churches (in the network founded by Paul) and on the work of the Jewish historian, Josephus.

Paul and the Gift

A fresh analysis of Paul’s theology using tools derived from the anthropology of gift. By exploring different meanings of ‘grace’, in Jewish antiquity and in the history of reception of Paul, this work underlines the social significance of grace in Paul’s theology, which is constituted by a definitive gift given without regard for social or personal worth. With particular focus on Galatians and Romans, this book provides a new lens for reading Paul that moves beyond some of the most heated debates in the current interpretation of his theology.

A new translation and full-scale commentary on Josephus’ apologetic work (Against Apion) in which Josephus collected and rebuffed a set of anti-Jewish slurs from various authors in the ancient world. This Josephan text provides a compendium of sources expressing ancient views about Jews, while Josephus himself demonstrates many of the traits of a postcolonial author.

Jews in the Mediterranean Diaspora

A fresh analysis of all the evidence for Jewish communities in the Western Diaspora from the time of Alexander the Great through to the early second century CE. This demonstrates the varied and complex ways in which Jews adapted to their Greek and Roman cultural environments, while also (mostly) retaining their distinctive Jewish identity.

An exploration of Paul’s letter to the Galatians with fresh focus on its ethical instructions and on the purpose of the letter in enabling the maintenance of communities that crossed the ethnic boundary between Jews and non-Jews.