The private law of obligations; comparative common law; compensation systems; judicial reasoning and the philosophical foundations of the common law in areas such as causation and the duty of care 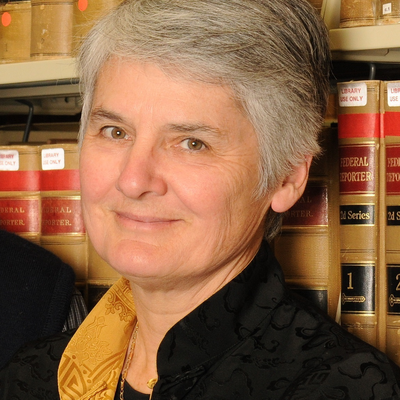 Jane Stapleton is a private lawyer (ANU, LLB; Oxford, DPhil and DCL) who originally trained as a scientist (UNSW, BSc; University of Adelaide, PhD; post-doc at Cambridge). A major focus of her research in the last ten years has been on causation in law, philosophy and science. She has acted as a consultant in commercial, pharmaceutical, medical and environmental litigation in the UK and US. She has held permanent academic posts at Oxford (Balliol), the ANU and the University of Texas and a number of visiting professorships including at Cambridge, Harvard, Columbia and the European University Institute. In the UK she is an Honorary Bencher of Gray's Inn, an Emeritus Fellow of Balliol College and an Honorary Fellow of St John's College, Cambridge. In the US she is a Council Member of the American Law Institute and the recipient of awards from the Association of American Law Schools (2013 Prosser Award) and the American Bar Association (2016 Robert B. McKay Law Professor Award). Jane Stapleton takes up the post of the 38th Master of Christ's College, Cambridge, on 1 September 2016.

An 'Extended But-For' Test for the Causal Relation in the Law of Obligations Oxford J. of Legal Studies (2015) 35

Disease and the Compensation Debate 1986