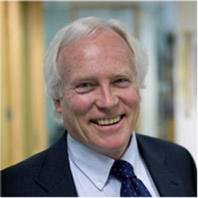 Professor Gordon Marshall has been Director of the Leverhulme Trust since 2011. He has previously been Vice-Chancellor of the University of Reading, Chief Executive of the Economic and Social Research Council, and Official Fellow in Sociology at Nuffield College, Oxford. Before joining Nuffield College he was Professor of Sociology at the University of Bath, Lecturer and Senior Lecturer at the University of Essex, and a visiting Professor at several European universities. His main fields of research include social exclusion, equality of opportunity, distributive justice and the culture of economic enterprise, and he has written widely on these topics. Between 2007 and 2011 he was also Chairman of the Higher Education Statistics Agency. He was elected a Fellow of the British Academy in 2000, of the Royal Norwegian Society of Sciences and Letters in 2001, and awarded a CBE in 2003 for his services to economic and social science.

In Search of the Spirit of Capitalism 1982

In Praise of Sociology 1990

Presbyteries and profits: Calvinism and the development of capitalism in Scotland, 1560-1707 1980

Against the odds? Social class and social justice in industrial societies 1997