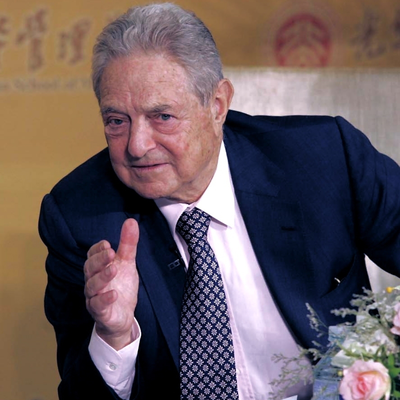 George Soros is founder and chair of Soros Fund Management LLC and the Open Society Foundations. Born in Budapest in 1930, he survived the Nazi occupation during World War II and fled communist-dominated Hungary in 1947 for England, where he graduated from the London School of Economics. He then settled in the United States, where he accumulated a large fortune through the international investment fund he founded and managed. Soros has been active as a philanthropist since 1979, when he began providing funds to help black students attend Cape Town University in apartheid South Africa. The Open Society Foundations today operate in more than 100 countries, with annual expenditures of roughly $940 million, working to promote the values of open society, human rights, and transparency. Soros is the author of over a dozen books, including The Tragedy of the European Union: Disintegration or Revival? (2014). His articles and essays on politics, society, and economics regularly appear in major newspapers and magazines around the world.