The history of British art c.1660-1840; the politics of visual representation 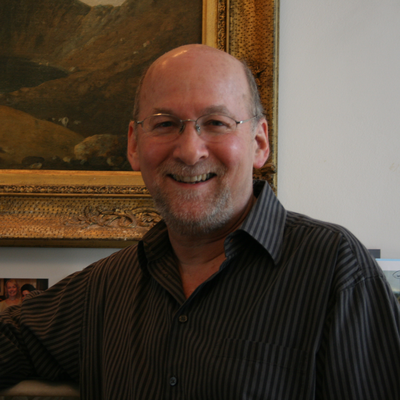 One of the world’s leading authorities on the history of British art, David Solkin taught for eight years at the University of British Columbia before joining The Courtauld in 1986, where he was promoted from Lecturer to Reader in 1993, and to Professor in 2002; eight years later he succeeded the late John House as Walter H. Annenberg Professor of the History of Art. In the autumn of 2007, David became The Courtauld’s first Dean and Deputy Director, a position that he occupied until his retirement at the end of the academic year 2015-16.

In addition to numerous articles, David has published four important books, which are listed below. David was the guest curator of the exhibition Art on The Line: The Royal Academy Exhibitions at Somerset House 1780-1836, which took place at The Courtauld Gallery in 2001-2002. He also edited and co-authored the collection of essays that accompanied the exhibition, for which he was awarded the inaugural William M.B. Berger Prize for British art history. Eight years later David curated Turner and the Masters, the hugely successful exhibition which opened at Tate Britain in the autumn of 2009, before going on to the Grand Palais in Paris and the Museo Nacional del Prado in Madrid.

After completing his monumental Pelican History, David turned his attention to an exhibition of Thomas Gainsborough’s portraits of the artist and his relations, entitled Gainsborough’s Family Album, which opened at London’s National Portrait Gallery in autumn 2018 before travelling on to The Princeton University Art Museum. His current projects include a catalogue of the late seventeenth- and early eighteenth-century paintings in the permanent collection of the Yale Center for British Art, New Haven, and an exhibition of Henry Fuseli’s drawings of women, provisionally entitled Fuseli, Fantasy, and the Feminine, scheduled for The Courtauld Gallery and the Pierpont Morgan Library in 2022-23.

Emeritus Professor of the History of Art, The Courtauld Institute of Art, University of London

Painting out of the Ordinary: Modernity and the Art of Everyday Life in Early Nineteenth-Century Britain

Painting for Money: The Visual Arts and the Public Sphere in Eighteenth-Century England

Richard Wilson: The Landscape of Reaction