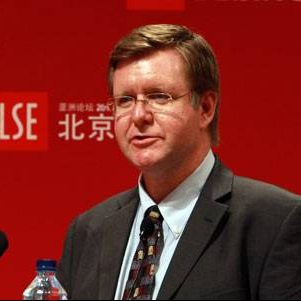 Odd Arne Westad was born in Norway in 1960. He studied History, Philosophy and Modern Languages at the University of Oslo and received his PhD in History from the University of North Carolina at Chapel Hill (USA) in 1990. Professor Westad served for seven years as Director of Research at the Nobel Institute in Oslo. From 1998 to 2015 he was in the Department of International History at the London School of Economics and Political Science (LSE), where he served as Head of Department 2004-08. He also helped build and direct LSE's center for international affairs, diplomacy and strategy, LSE IDEAS. In 2015 Professor Westad joined the Kennedy School of Government at Harvard, where he currently holds the ST Lee Chair of US-Asia Relations and teaches contemporary history and international affairs. Professor Westad's book Restless Empire: China and the World since 1750 was published in 2012 and won the Schwartz Book Award from the Asia Society. He has written or edited fifteen books on contemporary international history, including The Cambridge History of the Cold War (2010, 3 vols.; general co-editor); The Global Cold War: Third World Interventions and the Making of Our Times (Cambridge, 2005; winner of the Bancroft Prize and several international awards), Decisive Encounters: The Chinese Civil War, 1946-1950 (Stanford, 2003) and, with Jussi Hanhimiki, The Cold War: A History in Documents and Eyewitness Accounts (Oxford, 2003). Professor Westad was a Distinguished Visiting Professor at Hong Kong University (2012-2016), and has in the past held visiting professorships at Cambridge University, Sciences Po (Paris), New York University, and the University of Venice. He has been the recipient of major grants from the Leverhulme Trust, the MacArthur Foundation, and the British Arts and Humanities Research Council.

The Global Cold War: Third World Interventions and the Making of our Times