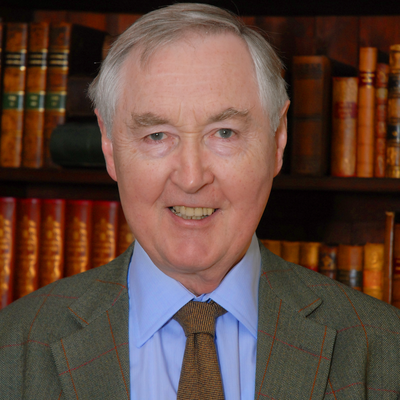 Archie Brown taught for 34 years at the University of Oxford, the last 16 of them as Professor of Politics. Earlier he lectured at Glasgow University for seven years, having previously studied as an undergraduate and graduate student at the London School of Economics. He was elected a Foreign Honorary Member of the American Academy of Arts and Sciences in 2003 and appointed CMG in the Queen's Birthday Honours List of 2005 "for services to UK-Russian relations and the study of political science and international affairs". He has twice been the recipient of the W.J.M. Mackenzie Prize for best political science book of the year from the Political Studies Association of the UK and twice awarded the Alec Nove Prize for best book on Russia, Communism or post-Communism. In 2010 he received a Lifetime Achievement in Political Studies award from the PSA, and in 2015 he was given the Distinguished Contributions to Slavic, East European and Eurasian Studies Award of the American association, ASEEES. Brown has been Visiting Professor of Political Science at Yale, the University of Connecticut, Columbia University and the University of Texas at Austin and Distinguished Visiting Fellow at the Helen Kellogg Institute for International Studies, University of Notre Dame. In 2021, Brown won the Pushkin House Book Prize. The Chair of the distinguished panel of judges, Dr Fiona Hill (former Senior Director for European and Russian Affairs on the US National Security Council) said that "The overall winner represents the very best in western scholarship on Russia and comparative politics’ and that The Human Factor contains ‘a lifetime’s achievement of wisdom and insight’ and is ‘in many respects the culmination of Archie Brown’s long and distinguished career as a scholar and writer".

University of Oxford Professor of Politics

University of Glasgow Lecturer in Politics

All power to 10 Downing Street: Johnson’s first major reshuffle and the perils of presidentialism

All power to 10 Downing Street: Johnson’s first major reshuffle and the perils of presidentialism

The Human Factor: Gorbachev, Reagan, and Thatcher, and the End of the Cold War

The Myth of the Strong Leader: Political Leadership in the Modern Age

The Rise and Fall of Communism

Seven years that changed the world: Perestroika in perspective

The British study of politics in the twentieth century

From 'Essays on Adam Smith', edited by A.S. Skinner and T. Wilson