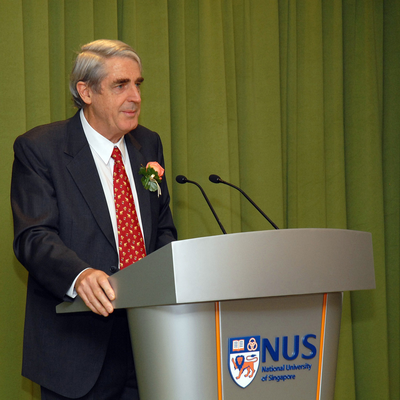 Anthony Reid is a Southeast Asian historian, once again based as emeritus Professor at the Australian National University, where he also served as Professor of Southeast Asian History for many years up to 1999. In between he was founding Director of the Center for Southeast Asian Studies at UCLA (1999-2002) and of the Asia Research Institute at NUS, Singapore (2002-7). A corresponding member of the British Academy, he was awarded the Fukuoka Asian Culture Prize in 2002, and the Association of Asian Studies (US) Distinguished Contributions to Asian Studies Award in 2010. He is best-known for a 2-volume Braudellian histoire totale of Early Modern Southeast Asia entitled Southeast Asia in the Age of Commerce (Yale UP, 1988-93). His most recent book is A History of Southeast Asia: Critical Crossroads (Wiley/Blackwell, 2015). His many authored and edited books cover such themes as slavery, freedom, gender, the Chinese diaspora and its Jewish analogy, Islam, economic history and contemporary Indonesia. His principal fieldwork sites have been Sumatra, Sulawesi and Sabah (Malaysia). Recent research interests have focussed on environmental history and the interaction of history with geophysics in understanding Indonesia's past.

The Blood of the People: Revolution and the End of Traditional Rule in Northern Sumatra. 1979 (Oxford UP); 2015 (NUS Press)