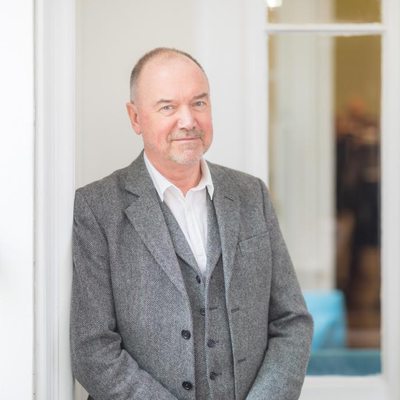 Andrew Whiten is Emeritus Wardlaw Professor of Evolutionary and Developmental Psychology in the School of Psychology and Neuroscience at the University of St Andrews, and is past and founding Director of the Centre for Social Learning and Cultural Evolution. His research interests focus on social cognition, in the last two decades particularly the topics of social learning, traditions and the evolution of culture. These topics are pursued through interdisciplinary approaches that incorporate ethological and experimental studies of a wide range of non-human primates as well as humans, especially children. He was elected a Fellow of the international Cognitive Science Society in 2013 (~100 Fellows worldwide). He has been awarded the Rivers Medal of the Royal Anthropological Institute and the Osman Hill Medal of the Primate Society of Great Britain, and is the first and only scientist to receive both the senior life sciences prize of the Royal Society of Edinburgh, the James Black Medal, and its Senior Prize and Medal for Public Engagement. He was the senior author of the proceedings of the joint British Academy and Royal Society meeting, "Culture Evolves", in 2011, and from 2011-2013 chaired the Academy's main Research Awards Committee.

Professor of Evolutionary and Developmental Psychology and Wardlaw Professor, University of St Andrews