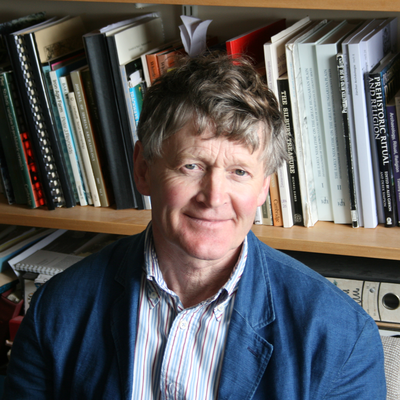 Alasdair Whittle specialises in the Neolithic period in Britain and Europe, and has researched across a wide range of themes and questions. He has excavated in Britain, Hungary and Germany. He has written major syntheses at a continental scale, but also numerous regional and site-based studies. Over the last 15 years, he has increasingly been concerned with the construction of robust and precise chronologies, through the application of formal chronological modelling to radiocarbon dates. Currently, with Alex Bayliss of Historic England, he leads the major ERC-funded project, The Times of Their Lives, which has numerous case studies in precise chronologies and their implications, across several regions and phases of Neolithic Europe.

The first farmers of central Europe: diversity in LBK lifeways 2013

The archaeology of people 2003

Europe in the neolithic: the creation of new worlds 1996

The harmony of symbols: the windmill causewayed enclosure 1999