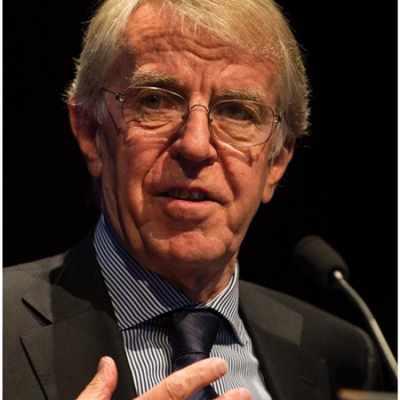 Sir Alan Wilson FBA FAcSS FRS is the Executive Chair of the Ada Lovelace Institute. He was previously Professor of Urban and Regional Systems in the Centre for Advanced Spatial Analysis at University College London. He is Chair of the Home Office Science Advisory Council. His current research is on the evolution of cities and the dynamics of global trade, migration, security and development aid. He writes the weekly Quaestio blog on research and interdisciplinarity.

He is a Cambridge Mathematics graduate and began his research career in elementary particle physics at the Rutherford Laboratory. He soon turned to the social sciences, working on cities, with posts in Oxford and London before becoming Professor of Urban and Regional geography in Leeds in 1970. He was a member of Oxford City Council from 1964-1967. He was Vice-Chancellor of the University of Leeds from 1991 to 2004 when he became Director-General for Higher Education in the then DfES. After a brief spell in Cambridge, he joined UCL in 2007. From 2007-2013 he was also Chair of the Arts and Humanities Research Council. He was Chair of the Lead Expert Group for the Government Office for Science Foresight Project on The Future of Cities from 2013-2015. He is a Member of Academia Europaea, an FBA, an FAcSS and an FRS. He was knighted in 2001.

Centre for Cities Trustee and Board Member

University of Leeds Professor of Urban and Regional Geography

Entropy and urban and regional modelling (1970)

Urban and regional models in geography and planning (1974)

The science of cities and regions (2012)

(with J Dearden) Explorations in urban and regional dynamics (2015)