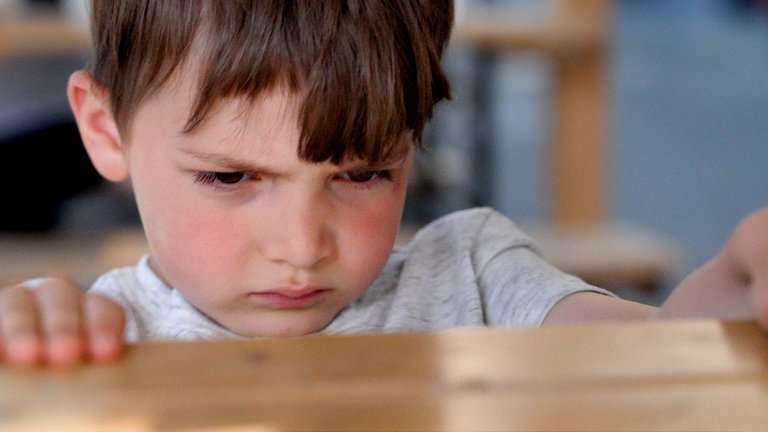 Some researchers maintain that there is another type of disgust, called moral disgust, that protects us from engaging in activities that can be perceived as morally wrong.

Examples of things that would provoke moral disgust are incest, stealing from an elderly person or infidelity. Some evidence suggests that children understand the concept of moral disgust even later than physical disgust, at around seven years old.

Does moral disgust even exist?

However, not all academics think that moral disgust really exists. Some say that when we refer to disgust in relation to moral issues, we are using disgust as a metaphor, and that in reality what we are feeling is anger. So, for example, when we say that someone has cheated on their partner of 20 years and we say, “that is disgusting”, we are using “disgust” as a metaphor. What we really mean is that it makes us very angry, but we are not actually experiencing the emotion of disgust.

If moral disgust appears quite late in development, it makes sense to think that there is a social component to it. Children learn about emotions in many different ways, by observing and imitating people around them and through conversations with others. Of special relevance are conversations about emotions between parents and children. Indeed, children whose parents talk about emotion often have a better emotional understanding than children whose parents do not discuss emotions often.

How do parents and children talk about disgust?

To examine this, we asked 68 English-speaking mothers and their four-, six- or eight-year-old children to discuss some stories about moral and physical disgust. Our preliminary findings show that mothers and children do talk about disgust, but mainly about physical disgust and not so much about moral disgust. So, for example, when we asked them to mention things that would make them disgusted they mentioned physical items such as bogies or vomit, but they did not mention moral issues frequently.

When we asked mothers and children to discuss moral issues, such as whether it is OK to play with another child who has stolen someone else’s snack, they linked this type of moral transgression with the emotion of anger and not disgust.

Findings of our study contribute to our understanding of disgust. This is important because disgust protects us from infectious diseases, it is central to clinical disorders such as obsessive-compulsive disorder, and plays a role in prejudice and social exclusion.